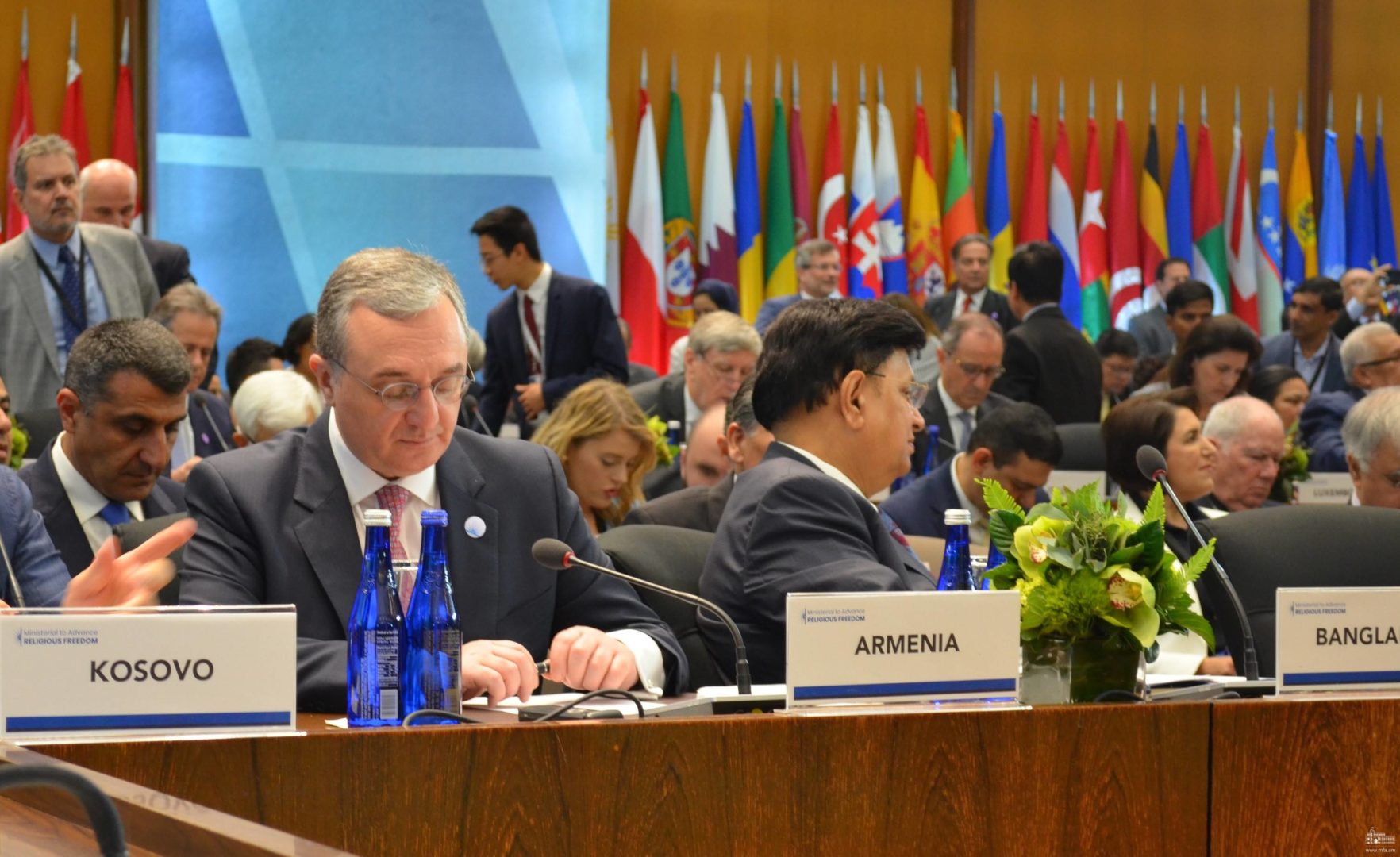 (Armradio) – Armenia promotes adherence to international human rights instruments and firm commitments to ensuring freedom of religion within the framework of the overall democratization of the society, Armenian Foreign Minister Zohrab Mnatsakanyan said at the Ministerial to Advance Religious Freedom hosted by the U.S. Department of State

He said the non-violent Velvet revolution that took place in Armenia in April-May last year once again demonstrated the powers of tolerance, non-discrimination and respect for human rights and their value in our society.

“Religion represents an institution of identity and the protection of the identity. Our history is a telling story about that. Tolerance and respect for all religions is based on our national experience, Christian heritage and long history of living together and sharing with other faiths,” the Foreign Minister said, adding that “freedom of religion and belief is an absolute human right which cannot be abolished or curtailed under any circumstances including in conflict situations.”

Minister Mnatsakanyan emphasized that preventing mass atrocities against members of religious groups is an absolute priority for Armenia.

“We know what it means to be a persecuted religious group  within the oppressive framework. It is a duty for us to pledge support to all those who are persecuted, including on the basis of their religion and belief today,” he noted.

“Armenia became a safe haven for a number of vulnerable religious minorities particularly Yazidis and Assyrians. Today Yazidis are the strongest minority group in Armenia, and we are very proud that the biggest temple of this ancient people very soon will open in their Armenian homeland. Together with the most ancient Christian churches of the world and magnificent Blue Mosque of Yerevan it will symbolize beauty of faith and tolerance,” the Foreign Minister stated.

He reminded that Armenia has received more than 20 thousand refugees from the Middle East and provided assistance to them on the ground.

“Armenia stands ready to cooperate with all interested parties to recover ancestral presence of Christians in the Middle East by rebuilding their lives, communities and churches. The Armenian people historically have been significant contributors to diversity, harmony and prosperity of the countries and societies of the Middle East,” he stated.