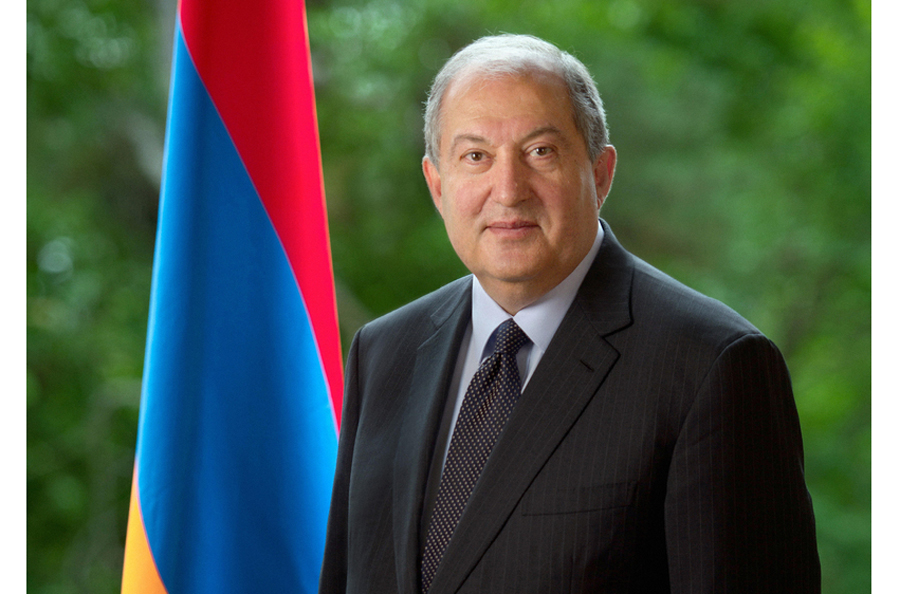 (Armradio) – In his exclusive interview with Chinese Phoenix TV, Armenia’s President Armen Sarkissian discusses the fields of possible cooperation between China and Armenia, the two ancient civilizations, as well as Armenia’s role at the crossroads between the East and the West.

“Armenia should serve as a bridge from the West to China like it did centuries ago, because Armenians were a very big and important part of the Silk Road,” the President said.

However, to him, it’s not enough. “If China’s going to develop new technology, IT and so on, Armenia should be a part of that in mathematical modeling, Artificial Intelligence and big data management,” he said.

The President said what Armenia expects from the European Union is the same it expects from other global players – Russia. United States, China. “It’s friendship,” he said.

“Armenia has signed a very deep and wide agreement with the European Union, making Armenia quite unique, because it is also a member of the Eurasian Economic Union (EAEU). Therefore, we are the only country to have deep relations with both the EU and EAEU and can play as a bridge between the two,” President Sarkissian noted.

Phoenix TV’s Qian Sun was one of the journalists attending the press trip to draw international media attention to Armenia’s tech world within the framework of the Global Innovation Forum 2019. The trip was jointly organized by the Foundation for Armenian Science and Technology (FAST) and European Friends of Armenia (EuFoA).