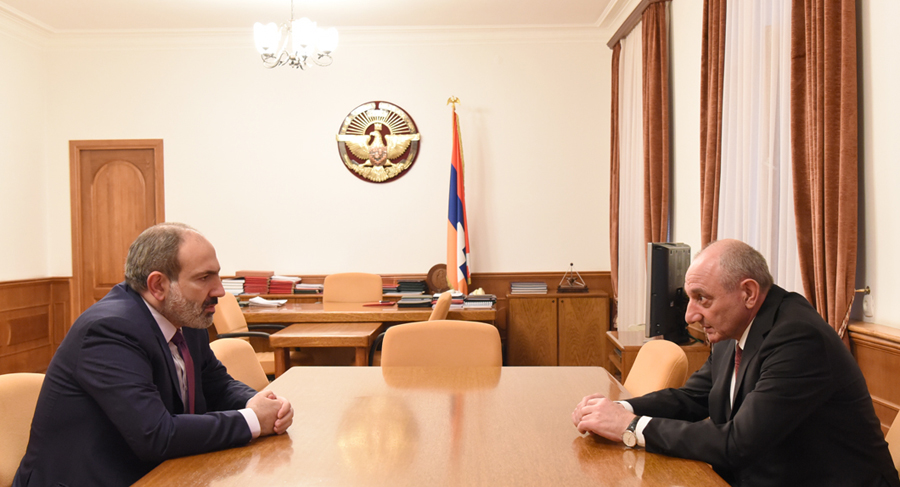 (Armradio) – Artsakh Republic President Bako Sahakyan held a meeting in Stepanakert with Premier of the Republic of Armenia Nikol Pashinyan.

A wide range of issues concerning the cooperation between the two Armenian republics were on the agenda.

The meeting subsequently continued in an enlarged format with participation of the Secretaries of the Security Councils and Foreign Ministers of the two countries. Various issues related to the security sphere and foreign policy were touched upon during the meeting.

Both sides emphasized the importance of cementing and expanding closer cooperation between Armenia and Artsakh, timely and proper implementation of the envisaged strategic programs.