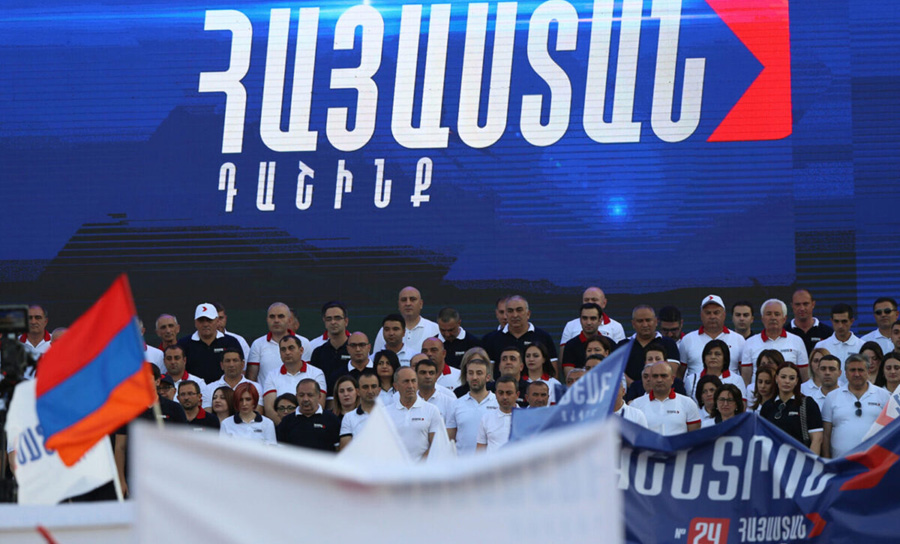 Armradio – Armenia Alliance has declared it does not accept the results of the June 20 parliamentary elections and will contest them at the Constitutional Court.

The Alliance has expressed gratitude to citizens who supported them in the snap elections. “This inspires confidence that hundreds of thousands of our citizens concerned about the country not only saw the existential threats facing the Armenian people, but also endorsed the solutions proposed by the Armenia Alliance,” it said in a statement.

The Alliance reaffirmed its earlier approach that the results of the parliamentary elections are highly controversial and do not inspire confidence.

“We have serious grounds to consider these elections illegitimate and to declare that with such results the National Assembly does not reflect the real balance of power. Our observations and information from the bloc’s election headquarters show that the violations started long before the election day. And the preliminary summary of the alarms of our proxies from many polling stations on election day proves that it is a matter of systematic and pre-planned falsification of the election results,” the statement reads.