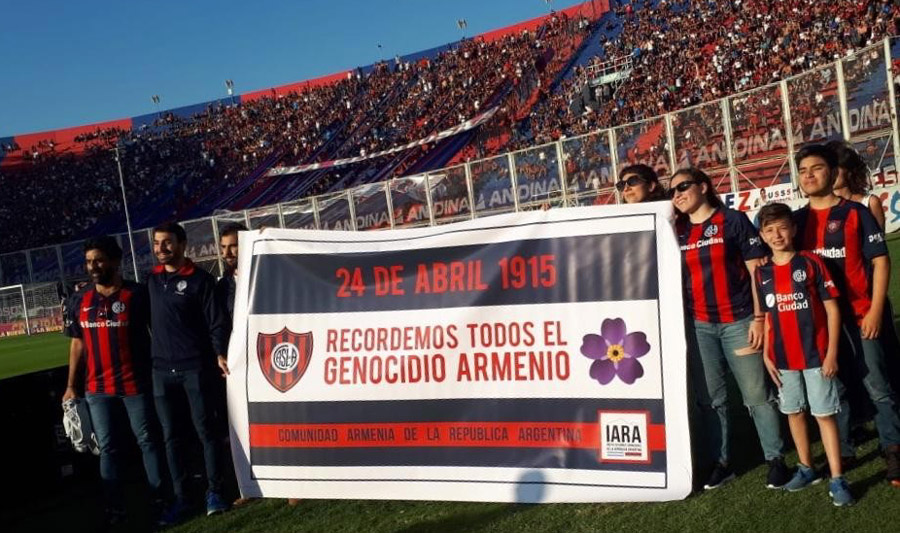 The San Lorenzo football club remembered the 104th anniversary of the Armenian Genocide with a banner before the Argentine Superliga Cup clash against Huracan, Prensa Armenia reports.

“Let us all remember the Armenian Genocide” reads the poster that was exhibited at the Pedro Bidegain Stadium. The initiative came from the Armenian Institutions of the Argentine Republic (IARA) and was approved by the club’s President, Matias Lammens.

“It was really exciting to enter the field, the supporters were very respectful and they stood up to applaud us,” said Horacio Terzian, representative of IARA.

Similar posters have been shown in different clubs: Boca Juniors did it repeatedly in the Bombonera, and in 2016 they showed it during a “superclasico” against River Plate, in the most important match of the country.

This is not the first gesture from the President of San Lorenzo Matias Lammens to the Armenian community.

In 2014, Lammens rejected the sponsorship of Azerbaijan. That decision earned him the recognition from the Armenian community.