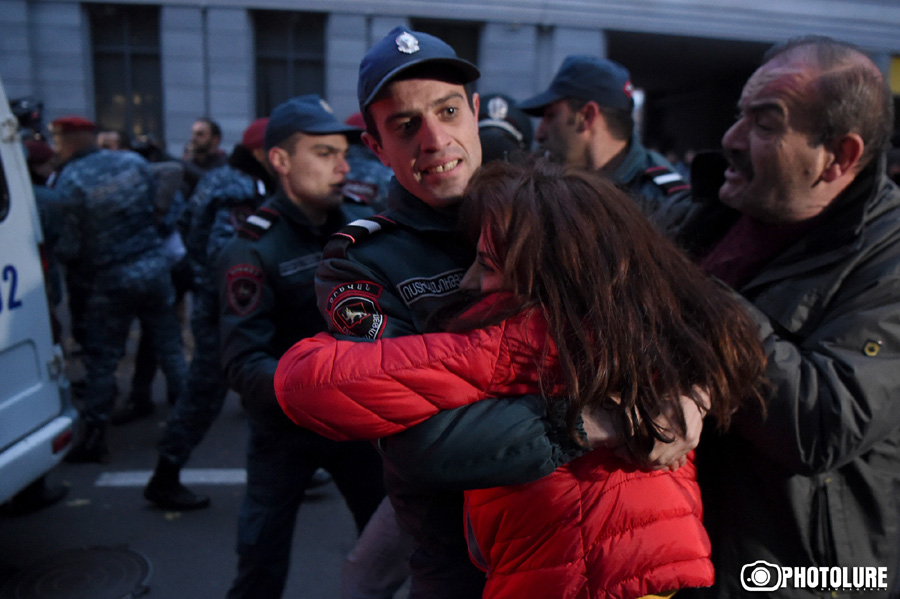 Members of the Armenian Revolutionary Federation Youth Organization of Armenia, who have been protesting proposed changes to Armenia’s education system and demanding the resignation of Armenia’s Education Minister Arayik Harutyunyan, clashed with police on Tuesday as they tried to enter the government to meet with the minister with 24 protesters being arrested.

The ARF Youth Organization of Armenia members said that they had gathered at the government headquarters to meet with Harutyunyan who rejected a meeting with the group.

The unrest began when police approached the protesters to inform them of procedures through which a meeting can be scheduled with the minister. The frustrated protesters, who, throughout their campaign have been berated by the minister himself, decided to break through the police barricade and enter the government building. Throughout the protest campaign, which began last month, Harutyunyan has chosen to ignore the ARF Youth’s demands and, instead, has opted to attack the ARF and the protesters.

“We were told that we have to apply and if the minister finds it appropriate, he will meet with us. However, our chosen method is accepted around the world, and there have been precedents in Armenia. We are still constructive and will organize meetings ourselves,” said Argishti Gevorgyan, a member of the ARF Youth Organization of Armenia.

The protesters then broke through the police barricade, while others blocked Vazgen Sargsyan street leading to the government building—a tactic used by protesters in spring 2018 when the popular movement, which counted Harutyunyan as one of its leaders, successfully toppled Armenia’s previous regime. The ARF Youth protesters called the use of force by law enforcement, which had also deployed a convoy of armored vehicles, excessive and illegal.

The police responded violently and began pushing and shoving the protesters. Video footage from the incident showed police dragging some protesters on the pavement and others were grabbed. In the end 24 protesters were arrested and taken into custody.

Samsonyan, the Bright Armenia Party lawmaker, told reporters that none of the protesters were physically hurt and that she and other lawmakers were monitoring the situation.

All 24 protesters were released by day’s end with the ARF Youth Organization of Armenia vowed to continue its campaign, declaring that its members will go wherever the minister goes on public appearances. 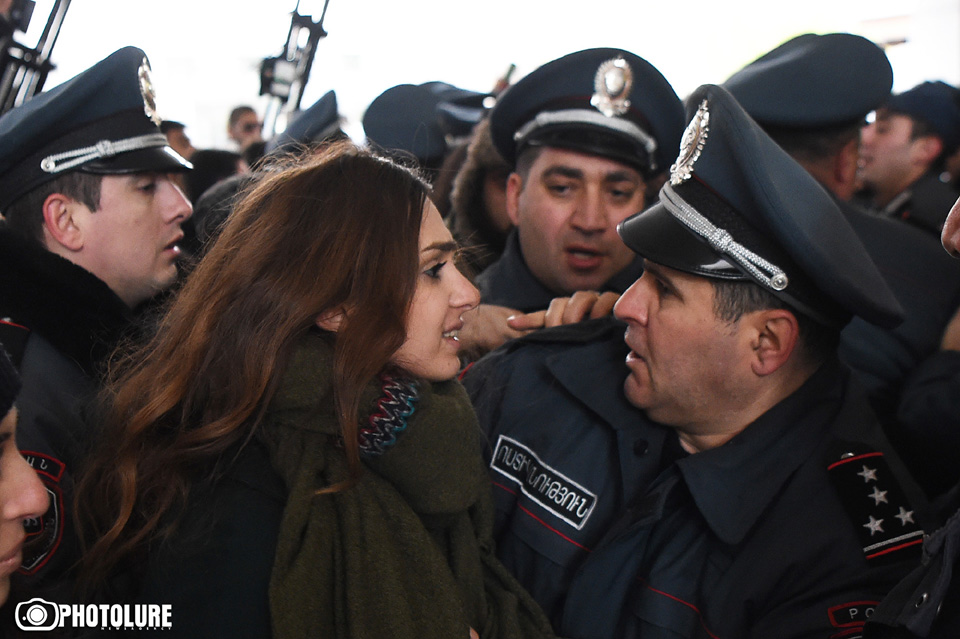 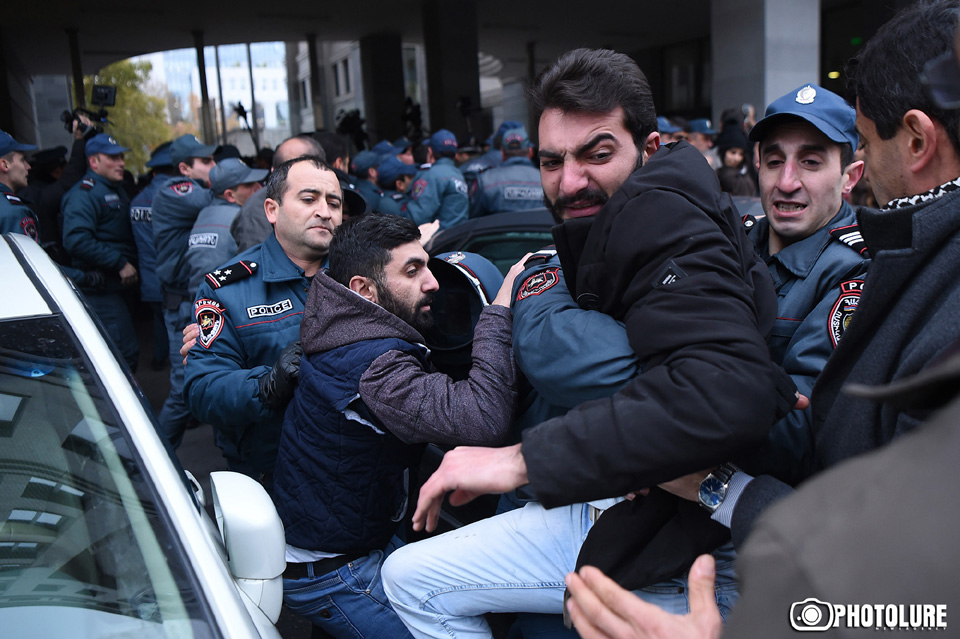 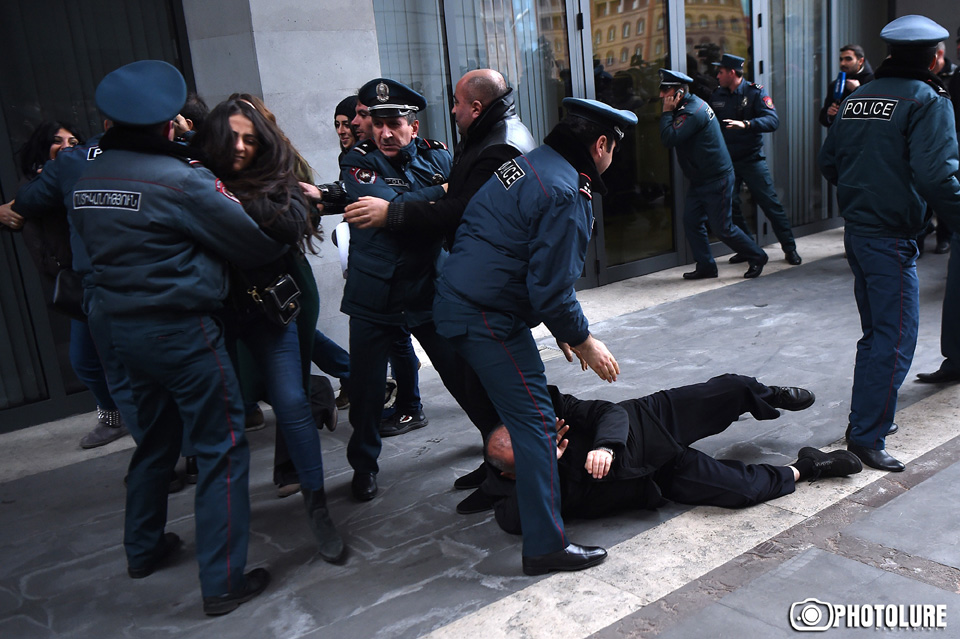 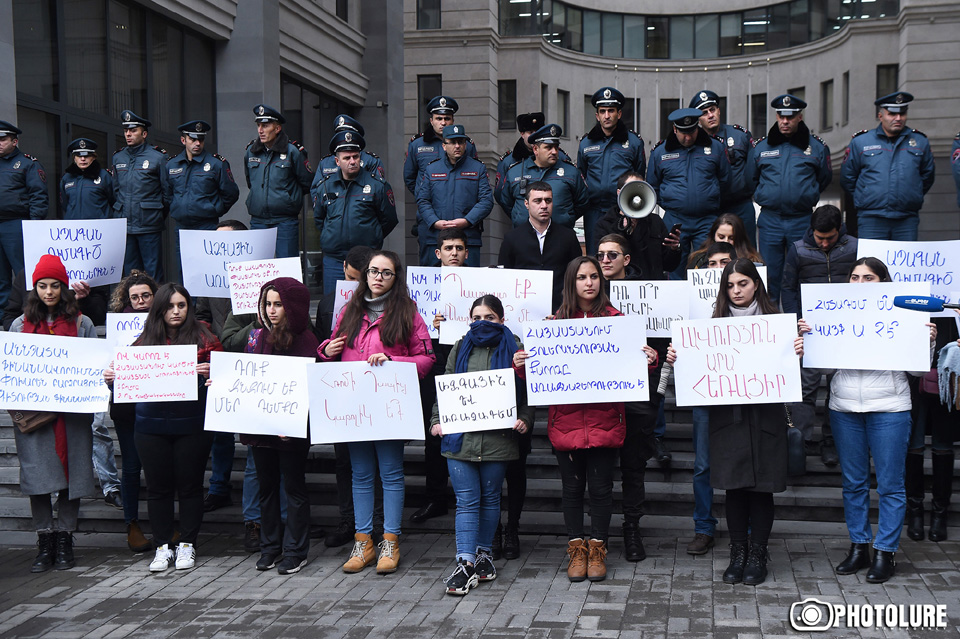 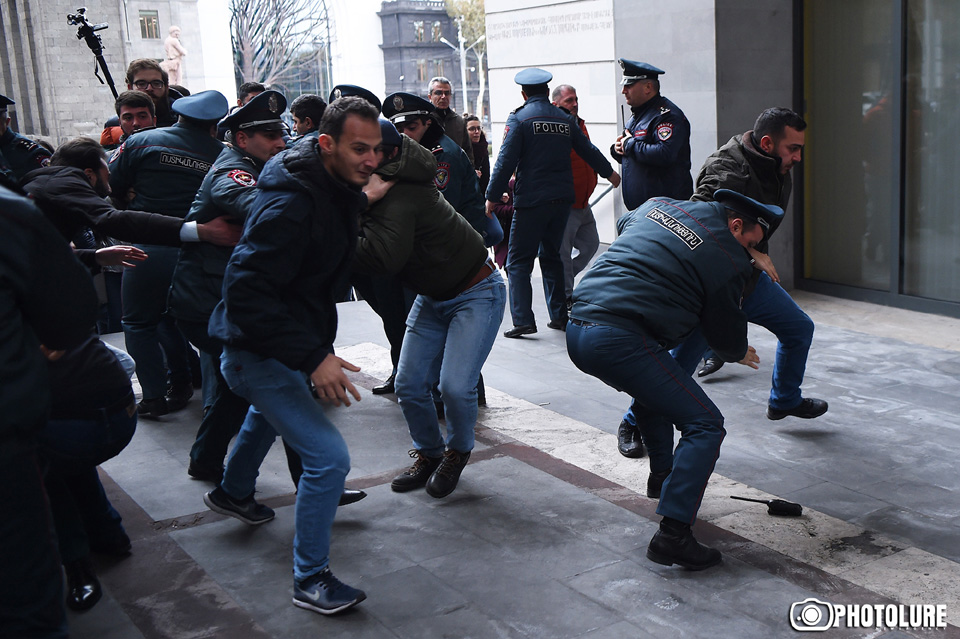 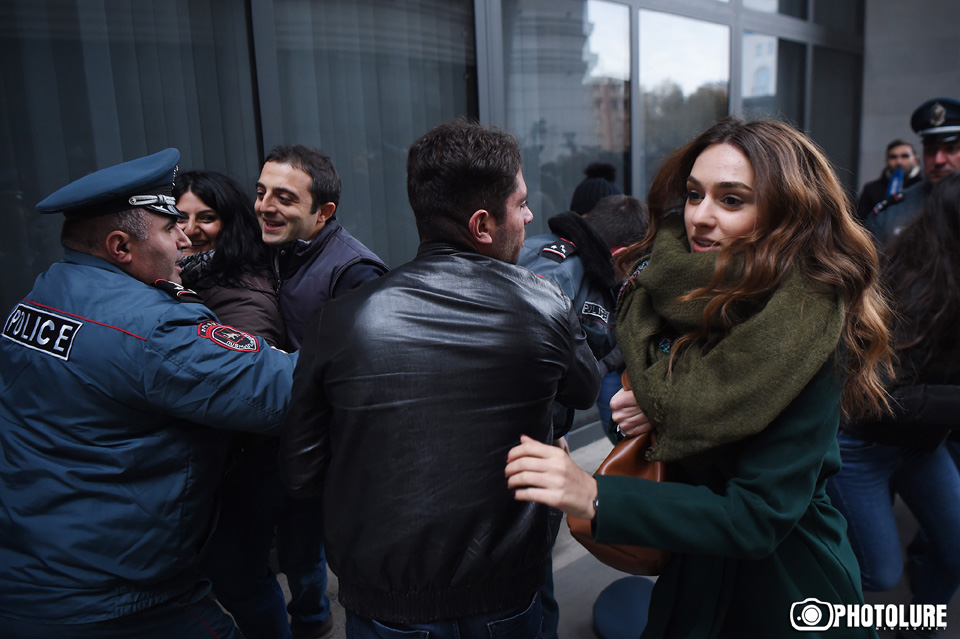 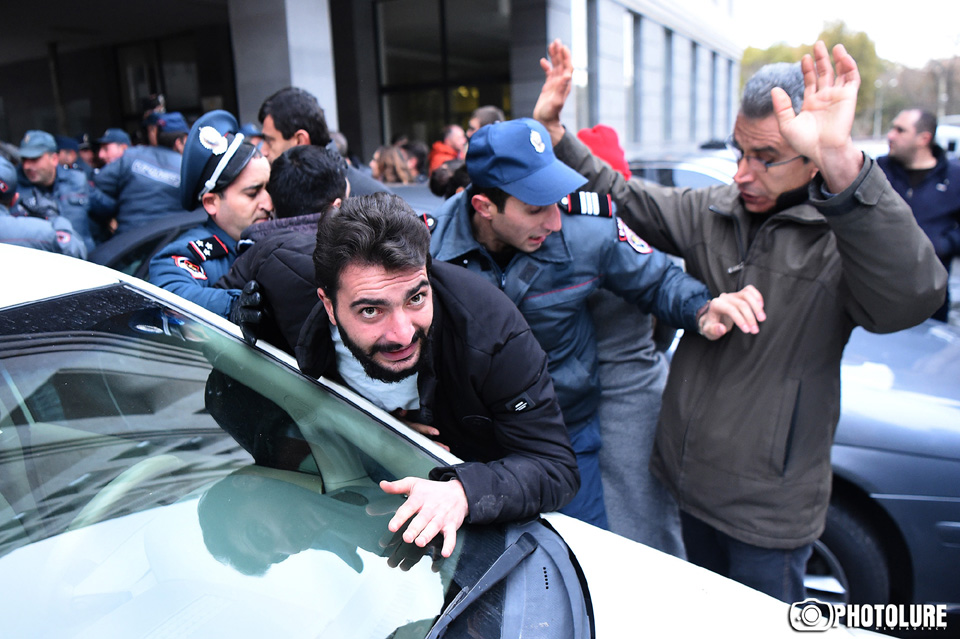 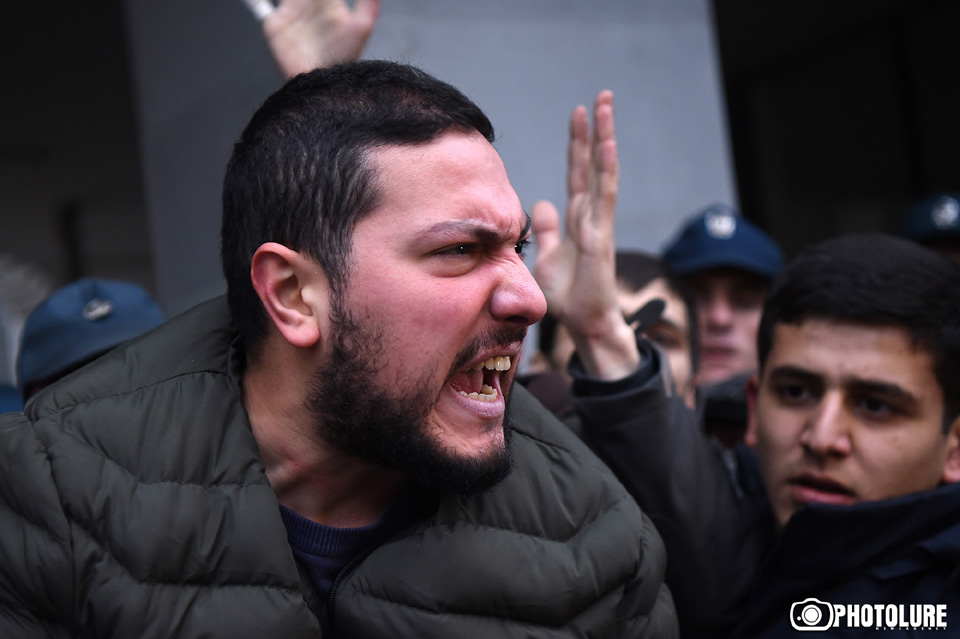 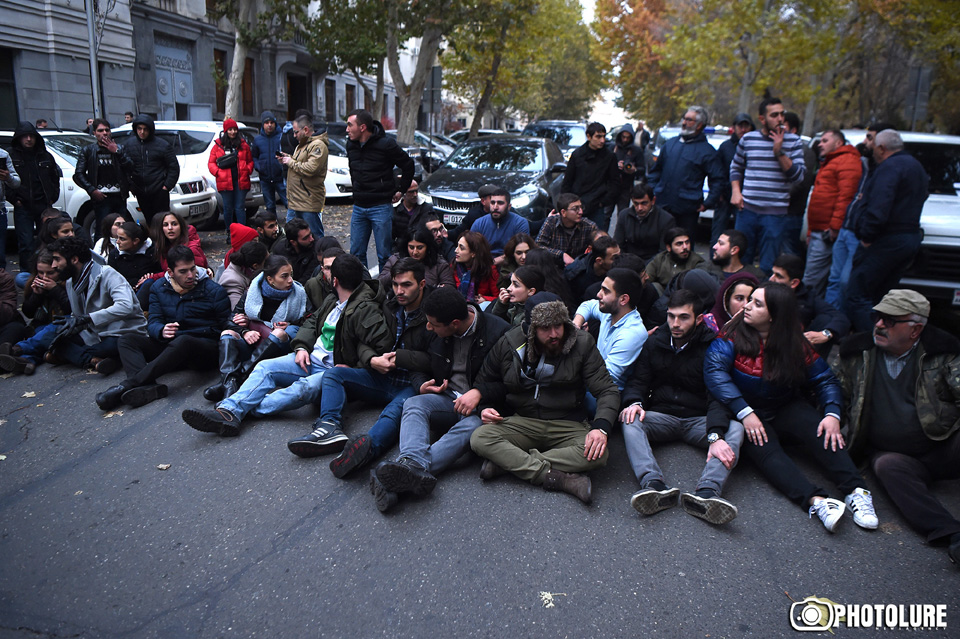