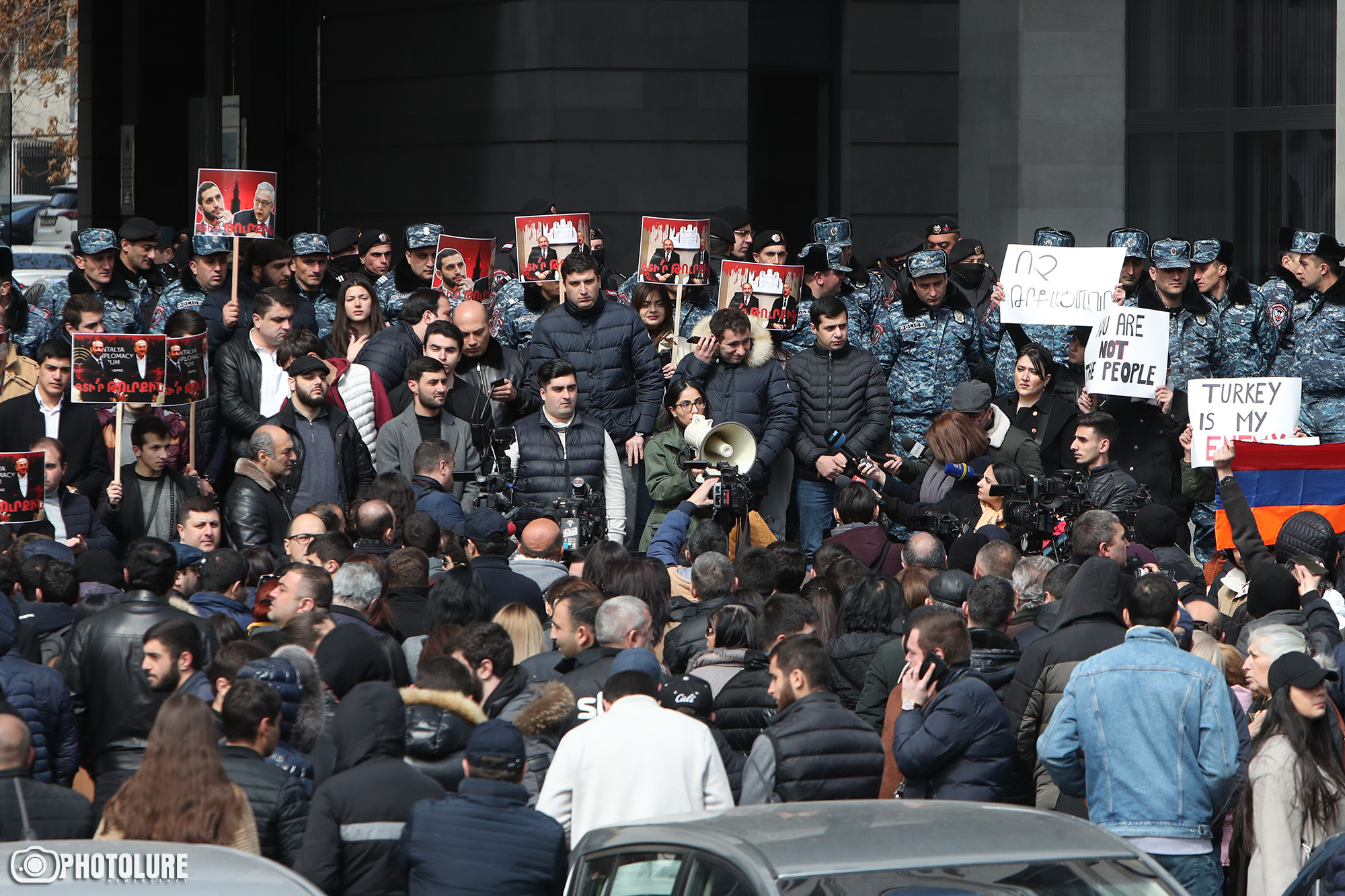 Young members of the opposition Armenian Revolutionary Federation (ARF, Dashnaktsutyun) party and the Republican Party of Armenia (HHK) as well as other young people on Thursday staged a protest outside the Armenian Foreign Ministry building in downtown Yerevan.

“We have gathered here to raise our voice against the pro-Turkish authorities of Armenia, who are serving Turkish-Azerbaijani interests. We are here to remind Arabat [it is how Ararat Mirzoyan was called at a TV Turkish broadcast] that he has no moral right to speak on behalf of the Armenian people, the Armenian society,” one of the protesters told reporters.

The protesters call for strong public pressure on the authorities to prevent them from “serving the enemy”, warning otherwise Armenia may risk losing statehood.

The activists were holding posters featuring photos from recent meetings of Armenian, Turkish and Azerbaijani officials, which read, “Find the Turk!”.

Large police forces were deployed in the area, blocking the entrance to the ministry.