ARF Calls on Authorities to Bring Markarian’s Attackers to Justice 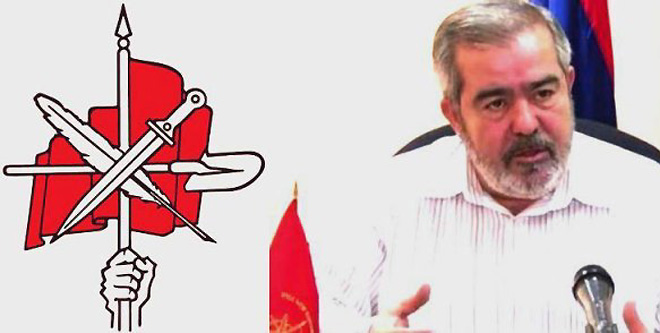 The Armenian Revolutionary Federation (ARF) Bureau has condemned the recent attack on the long-serving former ARF Bureau chairperson Hrant Markarian. The ARF says Markarian, an organizer of Artsakh’s struggle for freedom, was physically and verbally assaulted by a mob while walking with his grandchildren in Yerevan’s Freedom Square on Saturday.

“We consider the unethical declarations, threats and the mob attack against Hrant Markarian and the ARF to be a coordinated effort and lowly acts against the ARF’s entire, Pan-Armenian family,” said the Bureau in a statement Sunday. “We have remained silent on numerous occasions for the sake of avoiding public discord, but it seems like our silence has led some to think they can act with impunity. We shall no longer tolerate such behavior.”

Markarian and his grandchildren are said to be doing well considering the circumstances. Party leaders say the mob was yelling and exerting force upon them, but no significant harm was inflicted.

The Central Executive Committee of the ARF Eastern United States is also condemning Saturday’s assault. “The brazen expressions and threats made against the Dashnaktsyutyun bear witness to the vile character of its instigators and justifies once again the warnings we have repeatedly conveyed regarding the consequences of fostering hatred and animosity in our homeland,” said the Central Committee in a statement.

The ARF Bureau says Saturday’s attack exemplifies Armenia’s political intolerance against party members. “The authorities’ policy of putting different segments of the people against each other and dividing society into supporters and enemies is now manifesting itself in actions,” explained the Bureau.

“For the sake of Armenia’s internal solidarity, the Dashnaktsyutyun has often tempered its responses to immoral rhetoric and depraved expressions,” said the Central Committee. “However, these deliberate and directed hostilities, attacks and the mob mentality behind these actions are testing the limits of our patience.”

The Central Committee stands united with the ARF Bureau in demanding a thorough investigation out of authorities, one that would identify the culprits and punish them to the fullest extent of the law. They are also directing authorities to dispel the rhetoric of hatred and division in the country.