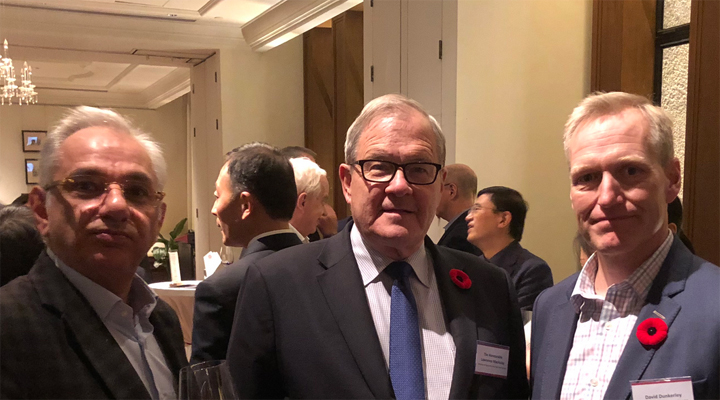 During the reception Vahig Agopian had a chance to talk to the minister about agricultural cooperation between Canada and Armenia , an official member Of Eurasian Economic Union Representing 182 million people. He also talked about Prime Minister Trudeau’s recent visit to Armenia and the progress of business cooperation between Canada and Armenia and asked the minister to strengthen ties between the two countries and invited him to visit Armenia in the near future.