ANCC Statement on the 14th Anniversary of Hrant Dink’s Assassination 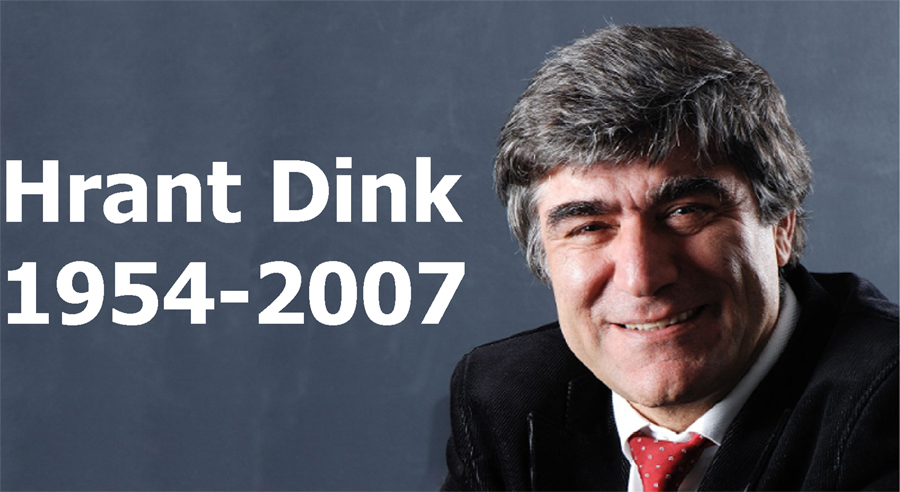 Today, the Armenian National Committee of Canada (ANCC) is commemorating the 14th anniversary of the assassination of Turkish-Armenian journalist and editor, Hrant Dink.

On January 19, 2007, Hrant Dink was assassinated in broad daylight in front of his newspaper office in Istanbul, following years of political persecution and censorship by the Turkish state.

“Dink was a voice of reason and a staunch advocate for justice in a country marred by ignorance towards its own history of crime and genocide” said ANCC Co-President, Hrag Darakdjian.

Throughout his career, Dink dedicated much of his efforts to surface the truth about the Armenian Genocide and encourage Turkish society to learn about their past and come to terms with what happened at the turn of the 20th century.

After being charged for “insulting Turkishness”, under Article 301 of the Turkish Penal Code, Dink became the target of Turkish nationalists, ultimately leading to his horrific murder in 2007.

His murder sent shockwaves across the world and saw an unprecedented surge of support and solidarity from the Turkish public towards the country’s Armenian minority.

“As Armenophobia continues to deepen within Turkey and Azerbaijan, Dink’s legacy is more important than ever to remind the upcoming generations that it is only by facing history that they will overcome hate and discrimination towards Armenians” said ANCC Co-President, Shahen Mirakian.

While Dink’s murderer remains behind bars, the ongoing investigation to uncover the broader conspiracy behind his death has largely stalled, due to political interference that has thwarted the pursuit of justice.

The Turkish government has a duty to fully repeal Article 301 of its penal code and allow for a fair and free investigation to take place and uncover the truth about Dink’s assassination.

The ANCC is the largest and the most influential Armenian-Canadian grassroots human rights organization. Working in coordination with a network of offices, chapters, and supporters throughout Canada and affiliated organizations around the world, the ANCC actively advances the concerns of the Armenian-Canadian community on a broad range of issues and works to eliminate abuses of human right