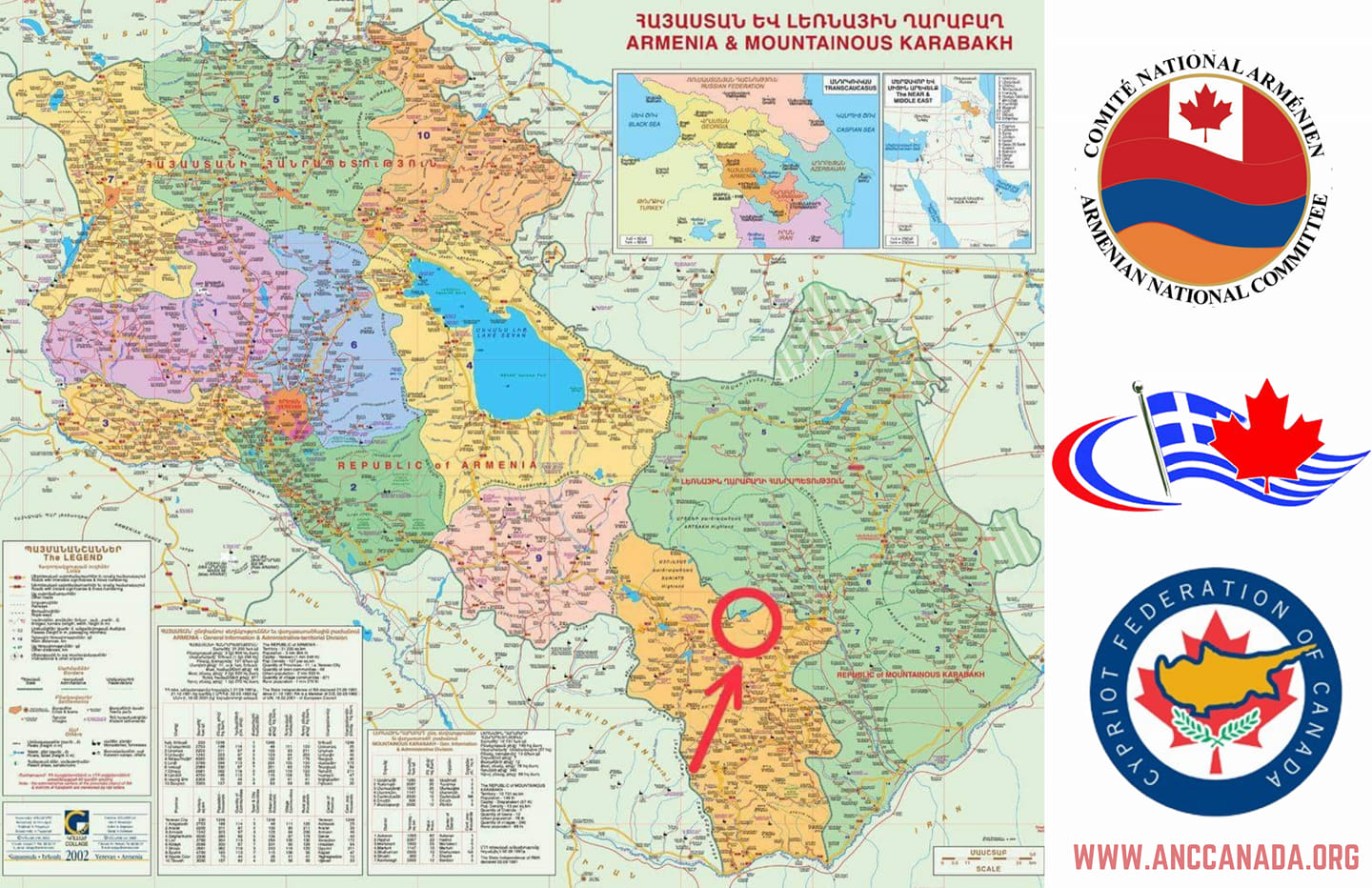 OTTAWA – May 20, 2021) – On May 12, 2021, Azerbaijan illegally encroached several kilometers into the sovereign territory of the Republic of Armenia, in multiple locations, once again threatening peace and stability in the South Caucasus.

Today, the Armenian National Committee of Canada (ANCC), the Canadian Hellenic Congress (CHC) and the Cypriot Federation of Canada (CFC) issued the following statement on the ongoing situation in Armenia’s Syunik and Gegharkunik Provinces;

“The Armenian National Committee of Canada, the Canadian Hellenic Congress and the Cypriot Federation of Canada strongly condemn Azerbaijan’s blatant incursion into the sovereign territory of the Republic of Armenia and call upon the Government of Canada to condemn this violation and continue advocating for a peaceful resolution.

“This is a provocative step that threatens the already fragile peace in the region, while ignoring the very basic norms of international law.

“To protect the territorial integrity of Armenia and to ensure the safety and security of its population, the international community must employ further measures to create a security zone in southern Armenia, especially in the province of Syunik.

“Moreover, to resume substantial negotiations aimed at finding a lasting and fair solution to the conflict in Artsakh and to restore confidence-building measures, Azerbaijan must immediately release the over 200 Armenian Prisoners of War that are still illegally held in Baku, safeguard and preserve the centuries-old Armenian cultural heritage in Artsakh and Nakhichevan, and recognize the Armenian people’s inalienable right to self-determination and independence”