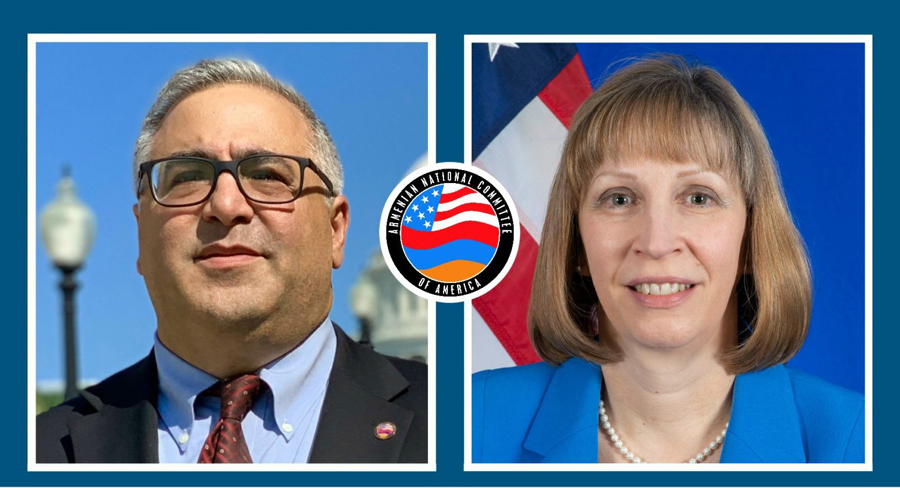 The Armenian National Committee of America (ANCA) has voiced support for a recent U.S. Embassy announcement that U.S. assistance to Armenia will reach $60 million in 2019, and also requested a detailed description of these funds, with emphasis on the disparity in U.S. military assistance to Armenia and Azerbaijan.

“We welcome Ambassador’s Tracy’s announcement that aid to Armenia will top $60 million for FY19, which she described as a 40% increase over the previous year,” said ANCA Executive Director Aram Hamparian. “We look forward to the U.S. Embassy publicly providing a detailed breakdown by fiscal year, sponsoring agency, area of activity, and specific program – with a particular focus on how U.S. Defense Department aid to Armenia matches up against its spending in Azerbaijan.”

“The United States has sought to support the development of democratic processes and institutions in Armenia for the last 27 years, and we certainly do not intend to change that now, at a time when democracy in Armenia is stronger than ever,” U.S. Ambassador Lynne M. Tracy said in a statement posted on the U.S. Embassy to Armenia website. “That is why we are proud to announce more than $60 million in assistance funding to Armenia this year.”

According to the U.S. Embassy, the additional funds will cover a broad range of programmatic areas, including “anti-corruption, security, energy, education, English language, forest service, human rights, civil society, and the strengthening of transparent and accountable government institutions, including the law enforcement, justice, and judicial sectors.”