ANCA: “Artsakh is a US humanitarian aid desert” 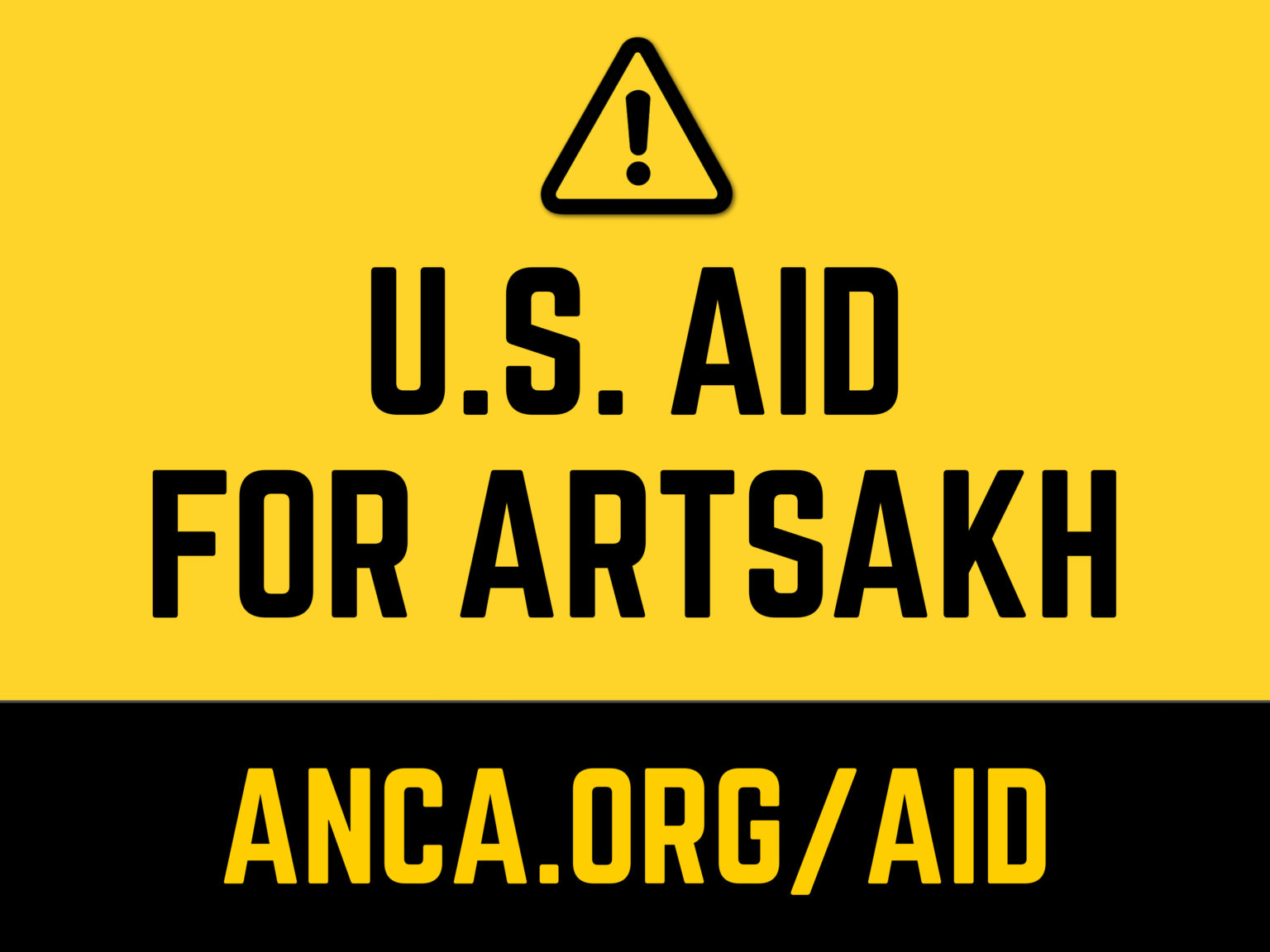 The Armenian National Committee of America (ANCA) has expanded grassroots calls to grow US aid to Artsakh and cut military assistance to Azerbaijan, in the face of ongoing anti-Armenian aggression by President Aliyev’s regime and the humanitarian and economic crisis facing over 100,000 Armenians displaced by Azerbaijan and Turkey’s 2020 attack on Artsakh.

“Artsakh remains a US humanitarian aid desert—with only meager USAID help for Armenian refugees forced from Artsakh into Armenia and almost no aid at all for those who remain,” said ANCA executive director Aram Hamparian. “It’s long past time for the Biden administration and Congress to provide meaningful assistance to address the urgent needs for housing, food, water security, healthcare and demining/UXO needs in Artsakh.”

— Not less than $100,000,000 to provide urgently-needed direct US humanitarian and developmental aid to the more than 100,000 Armenians ethnically cleansed by Azerbaijan from their Artsakh homeland, helping these families rebuild their lives and resettle in safety upon their indigenous Armenian homeland.

— None of the funds appropriated under the FY23 State-Foreign Operations bill shall be provided to Azerbaijan for military or security programs, including—but not limited to—Section 333 (Capacity Building), Foreign Military Financing, and International Military Education and Training.

— Not less than $100,000,000 to strengthen Armenia’s security and sovereignty against continued Azerbaijani aggression, incursions and occupation.

The ANCA’s call comes as the Human Rights Defenders of Armenia and Artsakh, Arman Tatoyan and Gegham Stepanyan respectively, continue to raise alarm bells about ongoing Azerbaijani aggression against Artsakh border villages, calling special attention to the situation in Martuni’s Karmir Shuka and Taghavard villages. Water security issues have been reported near the village Aghavno, where armed Azerbaijani servicemen slaughtered and disposed of cattle remains, poisoning the water. Water security issues are also reported in Armenia’s Gegharkunik and Syunik regions.

In September, 2021, the United States Agency for International Development (USAID), in a response to inquiries by Rep. Judy Chu (D-CA), reported that it has provided just $2.5 million for displaced Artsakh Armenians who have sought refuge in Armenia.  According to USAID, some $4.5 million has been provided in “new and repurposed assistance to respond to the complex humanitarian crisis resulting from the NK hostilities and the conflict-associated COVID-19 resurgence in Armenia.” Those funds likely include support for Azerbaijan, which, along with Turkey, launched its attacks against Armenia and Artsakh in 2020. While there are reports of continued low-level demining assistance to Artsakh, no significant funds addressing the serious food, water and housing needs of displaced Armenians in Armenia or Artsakh have been allocated or distributed.

Meanwhile, $120 million in US military assistance to Azerbaijan continues, even as Azerbaijan expanded its ties with Russia this week, signing a joint declaration on bilateral “allied cooperation.” “The Russian Federation and the Republic of Azerbaijan build their relations on the basis of allied interaction, mutual respect for independence, state sovereignty, territorial integrity and inviolability of the borders of the two countries,” reads their joint declaration. Radio Free Europe/Radio Liberty is reporting that the seven-page declaration says that the two sides will not only step up Russian-Azerbaijani military cooperation but may also “consider the possibility of providing each other with military assistance.”