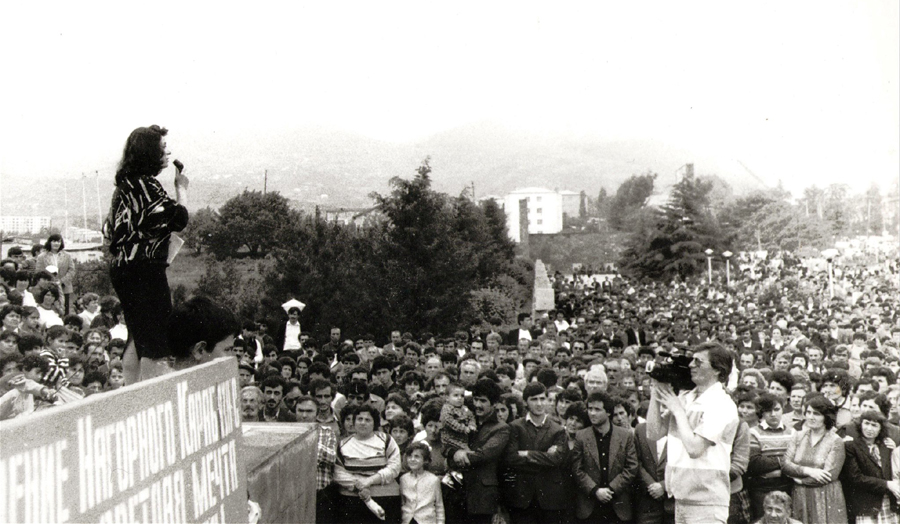 (Panarmenian) – Azerbaijani President Ilham Aliyev has admitted the fact of a deliberate change in the demography of Nagorno Karabakh aimed at increasing the number of Azeri residents.

“Under the great leader Heydar Aliyev (Ilham’s Father – Ed.), the percentage of the Azerbaijani population in Nagorno Karabakh increased sharply, doubled,” Aliyev was quoted as saying by Day.az.

Heydar Aliyev himself said in an interview in 2002: “I am talking of the time, when I was first secretary, and helped the development of Nagorno Karabakh a lot.

“At the same time I tried to change the demography there. Nagorno Karabakh raised the issue of founding a higher education institute there, a university. Everybody was against it. I had a think about it and decided to found it. However, with a proviso that there should be three sectors there — Azerbaijani, Russian and Armenian. It was founded.

“We sent Azeris from the neighboring areas there, and not to Baku. We opened a large shoe factory there.

Those who worked in Nagorno Karabakh at the time know about it”.