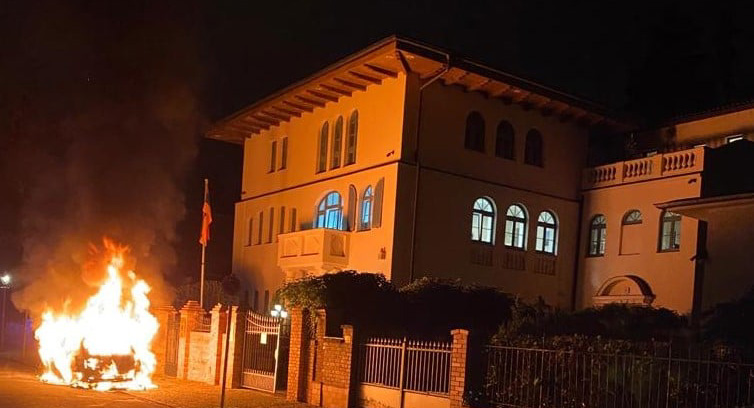 An official car of the Embassy of the Republic of Armenia in Germany was set on fire shortly after midnight on July 23, Public Radio of Armenia reports.

The Federal Foreign Office of the Federal Republic of Germany, the Berlin Regional Police and the relevant police bodies have been officially informed of the incident, the Armenian Embassy in Germany reports.

German police and experts are now conducting an official investigation into the deliberate arson.