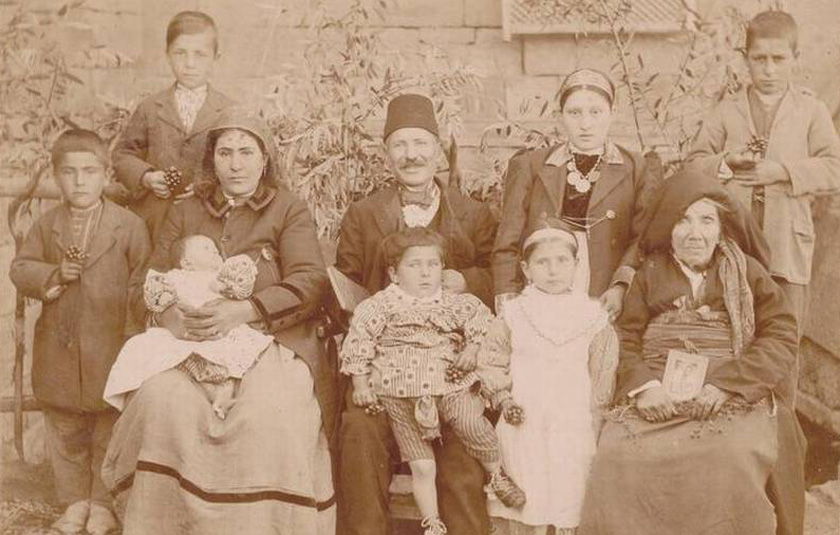 An American-Armenian man revealed a lost family history when he made the surprise discovery of a photograph of his relatives from Ottoman Armenia, the Fresno Bee reported.

Fresno man Michael Rettig discovered the photograph while going through his grandmother’s family archives, and initially thought it was of his ancestors’ family friends from the eastern Anatolian province of Bitlis.

Rettig later discovered a legal document drafted to sue the Ottoman Empire for family property lost during the Armenian genocide, and realised the photograph was of the family of his great-great grandfather, Mardiros Gashagortzian, who drafted the document.

There is widespread international recognition that the Ottoman Empire perpetrated a genocide of its Armenian population starting in 1915, with the most widely cited figure saying 1.5 million people were killed.

The Turkish Republic accepts that hundreds of thousands were massacred, but denies that a genocide took place, saying the killings occurred under wartime conditions and were not centrally organised.

Mardiros’s document describes the deaths of many members of his family, including some who Rettig identified in the photograph.

I realized the photograph of the unknown family included Mardiros’s mother (my great-great-great-grandmother Mary), and his brother Harutyoon’s family in Bitlis in 1912. Mary is pictured seated on the right, proudly holding a portrait of Mardiros and his family that they had taken and mailed upon arriving in America. Her second son, Harutyoon, is seated in the middle next to his wife, both of whom would be murdered by Turkish soldiers three years after the photograph was taken.

The document describes how four of Harutyoon’s children were killed during the genocide, with the two eldest boys killed alongside other Armenian men early on, and a younger daughter killed during one of the death marches Ottoman troops forced the displaced Armenians on.

However, two of Harutyoon’s children survived, with one daughter fleeing to Aleppo and a son hiding his Armenian heritage by assuming the Turkish name Cemal. Rettig discovered letters from both relatives in the archive.

“These letters from the few who survived, the family picture, and Mardiros’s legal document constitute all that remains of Harutyoon’s family. They were massacred, torn from their homeland, their land and property confiscated,” Rettig said.

Their story is but one example of the devastation the Ottoman Turks inflicted upon Armenian families during the genocide, but it also an example of their failure. That I am sitting here today, 104 years later, with this picture of the Gashagortzians in my hand and the memory of Harutyoon, Jarjis, Khoshvart, and Siranoosh in my heart, and that Armenians around the world continue to gather on April 24 to keep the memories and stories of their ancestors alive year after year, is a testament to this failure. We are still here, and we still remember and honor those we have lost.