“A careful, cautious approach to cannabis regulation is what Canadians expect of us.” A Roundtable with Minister Blair 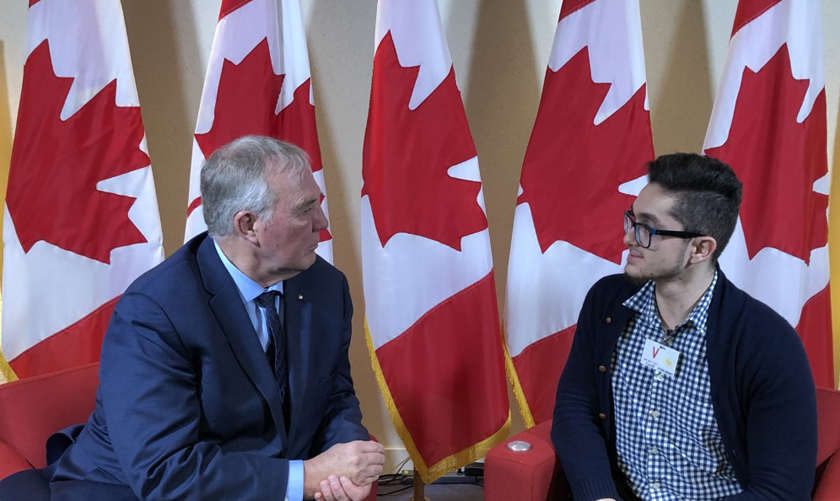 As Canada begins its first full year with legal cannabis on the market, government officials and Ministers are now vying for the public’s confidence in their current approach. Communities have sought clarity on the precise impacts the new set of rules will have on them, issues ranging from safety standards to licensing.

To this effect, Horizon Weekly, represented by assistant-editor to the English supplement Goryoun Koyounian, was invited, along with several other local and ethnic media organizations, to a round-table  held by Minister of Border Security and Organized Crime Reduction, the Honourable William Blair on January 19th. The topic, of course, concerned cannabis legalization.

A former Toronto police chief with experience in prohibition enforcement, Bill Blair was tasked last year with leading the legalization and regulation of cannabis in a way which ensures public safety, promotes responsible usage and keeps it away from children. One of the premises of this initiative, one which Mr. Blair highlighted repeatedly, is that the cannabis is a non-lethal drug whose risks can be managed through rules and regulations, unlike certain synthetic drugs like methanol which he says ought to remain prohibited.

Indeed, when asked about concerns relating to long-term detrimental effects on the health, including attention-deprivation, he pointed to other substances, such as alcohol and even sugar, which pose risks in their own different ways. Both of those are sold on the legal market and regulated in accordance with the various health and safety standards set by the government. The Minister argued that same principle can and should be applied to the cannabis.

Minister Blair also stressed the importance of the third objective, namely keeping the products away from children, on whom cannabis can pose the largest negative impacts. The previous regime of prohibition, he argued, was unsuccessful in this respect: minors often had unencumbered access to the drug through illicit sources, and Canadian youth often reported a relatively high rate of consumption. Speaking out of personal experience, Mr. Blair deplored that, rather than being taught about responsible use and the various health risks, children would often be simply sent to prison for being caught smoking marijuana.

Under the new regime, police officers can now seize a drug found in the hands of a minor, they can administer a fine, and they can also send the child home to his/her parents. This would be, the Minister insisted, an appropriate and proportionate response that educates the child without going so far as giving him a permanent criminal record.

Equal emphasis was placed on the priority of public safety, more precisely the goal of displacing the illicit cannabis market and redirecting organized crime’s profits towards legal retailers. Horizon asked Mr. Blair whether he believes the government has found a right balance between ensuring the accessibility of legal cannabis, critical to displacing the illicit market’s hold, and protecting the youth. The Minister believes they have, though adding that the regulation of cannabis in Canada remains an unfinished process, and that the government will keep monitoring trends and adjusting policy based on new evidence.