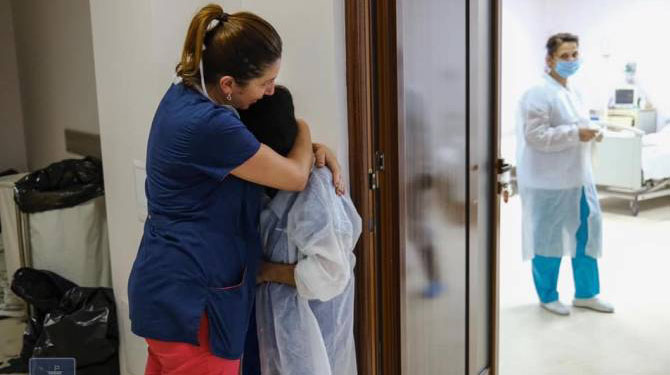 The Human Rights Defender of Artsakh has released the names of the 4 civilians of Artsakh that were killed by Azerbaijani bombardments of towns and villages, Armenpress reports.

Two women aged 59 and 79, one man aged 24, and one child aged 9 were killed in the attack, he said. The civilians were killed in Martuni, Hadrut and Martakert.

Viktoria Gevorgyan, 9 years old, Martuni. Killed in her home’s yard. Her mother and brother were wounded.

Lesmonia Stepanyan, 79 years old, Hadrut, killed from a loitering munition strike at her apartment. Stepanyan had lost her arm in 1992 outside her home from a landmine explosion. Her son was killed in the war.

More than 30 other civilians, including women and children, are wounded.

In the early morning of September 27, the Azerbaijani military launched a massive attack on Artsakh (Karabakh) using air force, missiles and tanks.  The Azerbaijani artillery strikes targeted civilian settlements, including Stepanakert city, which resulted in several civilians being killed. Schools were also bombed. A mother and her child were killed in Martuni, Artsakh. Many other civilians were wounded.

The Azeri shelling of civilian settlements resulted in another child being killed on September 29.

The Artsakhi military suffered 84 killed servicemen with over 120 wounded.

According to official reports Azerbaijan lost more than 400 servicemen, 6 gunships, 50 UAVs, 80 tanks and armored vehicles, 1 warplane and 82 other military vehicles since the fighting began.