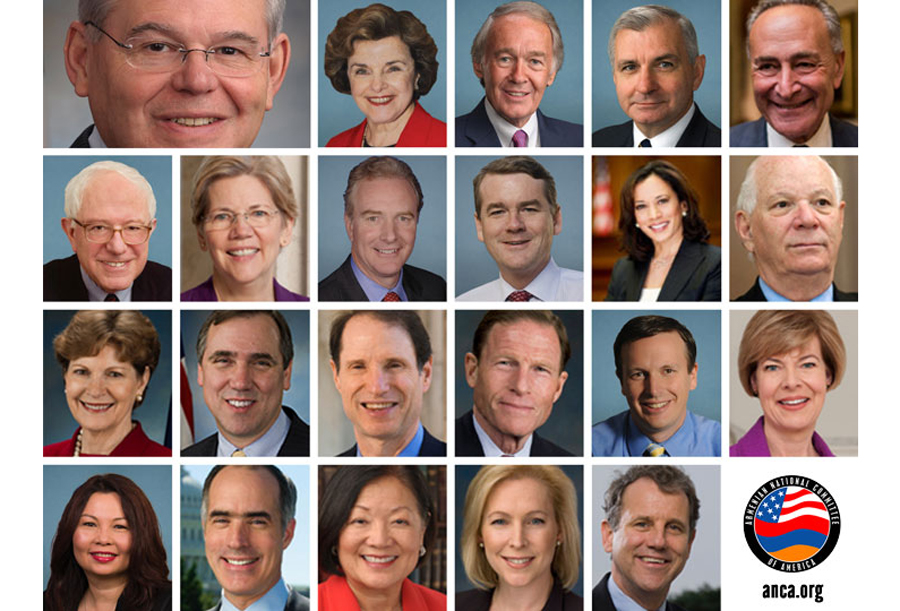 The Senate letter, spearheaded by Senator Menendez (D-NJ) – the Ranking Democrat on the Senate Foreign Relations Committee – encourages USAID Administrator Mark Green to reverse course and continue U.S. funding for the Artsakh (Nagorno Karabakh) de-mining program. Administrator Green testified before the Foreign Affairs Committee on April 9th of this year that USAID was committed to completing the clearance of landmines and unexploded ordnances within the traditional boundaries of Nagorno Karabakh.  Administrator Green’s testimony is available on Facebook at:
https://www.facebook.com/watch/?v=286907845554947

“This type of humanitarian assistance to support the victims of the Nagorno-Karabakh conflict has long been recognized as important and I believe it remains critical that we continue to support demining efforts in the region,” said Senator Menendez. “As we made clear in our letter, any changes to USAID’s commitment to complete the clearance of landmines and unexploded ordnances saving lives in Nagorno-Karabakh will be met with broad opposition in Congress.”

“The powerful response by Senators and Representatives to the Administration’s ill-advised attempt to cut U.S. aid to Artsakh demonstrates the broad-based support enjoyed by this life-saving humanitarian program,” said ANCA Executive Director Aram Hamparian. “We thank Senator Menendez for his principled leadership and all the Senators – representing 143 million Americans – who, on short notice, during a Congressional recess, took a stand for this investment in peace.”

The letter cites the Senate’s consistent bipartisan support for Artsakh assistance, referencing report language in the Fiscal year 2016, 2017 and 2018 foreign aid bills.  “Given the unknown amount of landmines and unexploded ordnance jeopardizing lives in Nagorno-Karabakh, continuing to fund humanitarian landmine clearance programs is critical,” stated the Senators in the letter.  The Senators concluded citing USAID’s own assertion that U.S. funding for de-mining “made the region undoubtedly safer,” and asserted: “Clearance work remains to be done and the people of Nagorno-Karabakh cannot afford to have that work ended or disrupted by a lack of funds. We strongly urge USAID to reconsider its decision to end funding for humanitarian landmine clearance in Nagorno-Karabakh at the end of the year.”

U.S. Senate and House members received thousands of letters and calls from constituents through the ANCA Rapid Responder system and March to Justice platforms in support of continued aid to Artsakh, with the ANCA Leo Sarkisian and Maral Melkonian Avetisyan summer fellows meeting with legislators and hundreds of Capitol Hill staffers in support of the initiative.

https://anca.org/menendez-letter/
The PDF version of the Senate letter is:
http://anca.org/assets/pdf/080919_Menendez_Letter_NK_Demining.pdf