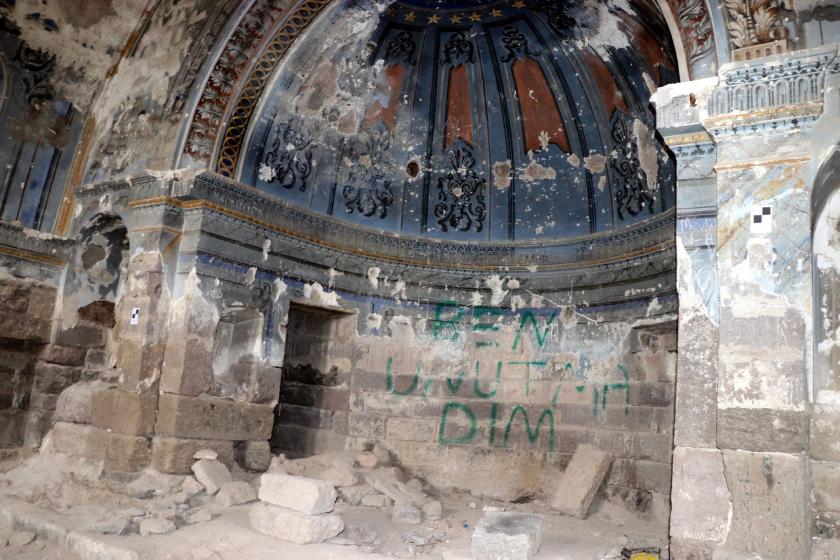 Armradio – Surp Toros Armenian Church, which was built in Kayseri in the 18th century, has been heavily damaged by treasure hunters, Agos reports.

A 2-meter pit has been dug in a room of the Surp Toros Armenian Church in the Tavlusun District of Melikgazi district. Inscriptions have been sprayed on the walls of the church.

HDP Diyarbakır Deputy Garo Paylan has addressed a parliamentary question, demanding an answer from the Minister of Culture and Tourism Mehmet Nuri Ersoy.

“Although the church, which was built in the 19th century, is one of the most important historical and cultural structures in the region, it has been abandoned for decades due to neglect and indifference, and nowadays it is again exposed to the attacks of vandals and treasure hunters,” Paylan said.

The MP requests answers to the following questions: