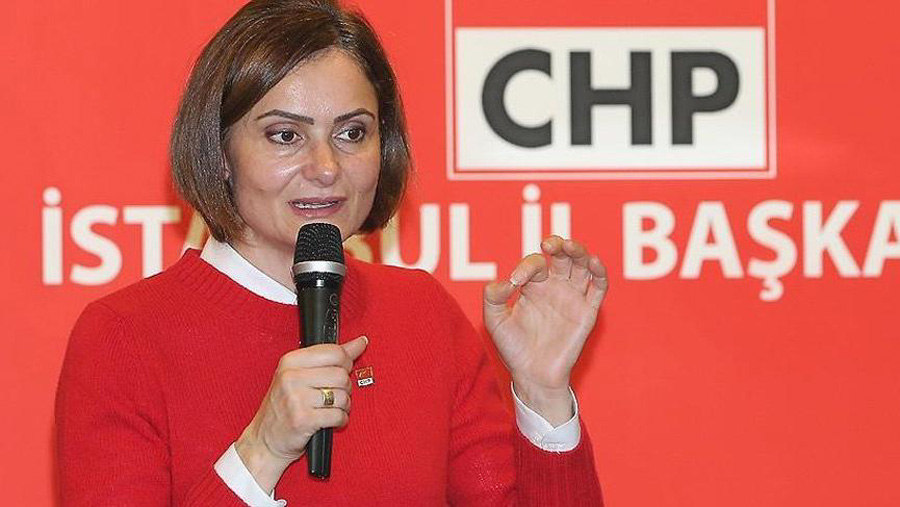 (Panarmenian) – Turkish prosecutors have demanded a 17-year prison sentence for the Istanbul provincial head of the Republican People Party (CHP) over her social media posts about the Armenian Genocide between 2012 and 2014, Cumhuriyet newspaper reported.

The prosecutors accused Canan Kaftancıoğlu of insulting the president and other public officials, provoking hatred and animosity in society and terrorism propaganda over her posts on Twitter, Ahval says.

The investigation into Kaftancıoğlu, who the opposition say played a vital role in CHP’s victory on March 31 local elections in Istanbul, was launched in January 2018.

“By saying deep state in fact we add mysticism to the events and clear the state. The state committed those murders,” said the politician in one of the tweets the case refers to.

“The Armenian Genocide began on this day in history. We are commemorating our Armenian citizens who were massacred,” said another of the tweets.

One tweet that has in recent weeks been widely shared by pro-government accounts to denounce Kaftancıoğlu, was originally posted following the 2013 murder of three female Kurdish activists in Paris. Kaftancıoğlu shared the words of Sakine Cansız, a co-founder of the outlawed Kurdistan Workers Party (PKK) and one of the women who were shot dead.

“The history of the mankind starts with a woman. Humanity loses due to things done to women,” it said.

The prosecutors said in their indictment that this tweet was terrorism propaganda as it spread the words of a PKK member and denounced her death.

Kaftancıoğlu said in her testimony that she had posted all the tweets except the one on the Armenian genocide, Cumhuriyet said. The politician said other posts should be evaluated as criticism made according to her right to freedom of expression.