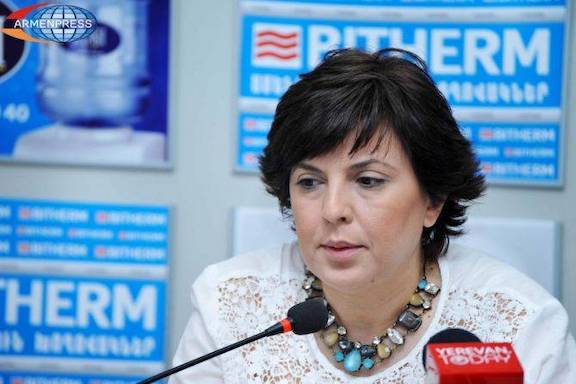 Armenia should actively work with the Arab world to not only advance its interests but also to counter Turkish-Azerbaijani propaganda, the director of the Armenian National Committee of the Middle East Vera Yacoubian told Armenpress.

“Overall, I would say that Armenia has taken little steps to intensify its relations with the Arab World. More should have been done years ago,” said Yacoubian, explaining that years before Armenian communities in some of the Middle Eastern countries were on a stronger footing than they are now, presumably referring to the challenges facing Armenians in Lebanon and Syria.

Armenia, today, does not have obstacles in strengthening its relations with Arab countries in its efforts to counterbalance Turkey-Azerbaijan propaganda, Yacoubian said, citing Foreign Minister Zohrab Mnatsakanyan’s visit to Egypt last week where he met with top officials in Cairo and together they expressed solidarity on issues such as Turkey’s efforts to destabilize the region and the Eastern Mediterranean.

“I think that Armenia must have its place in these new fronts which are being formed in the region, it should be able to create close ties with the main Arab players through active political relations in order to counterbalance Turkey and Azerbaijan,” added Yacoubian.

“Turkey is advancing its expansionist aspirations in places like the Middle East and the Eastern Mediterranean region. Turkey takes all sorts of steps to destabilize the region and engage its opponents into one-on-one conflicts. In other words, it wants to deviate the attention of the international community from its own real goals,” explained Yacoubian.