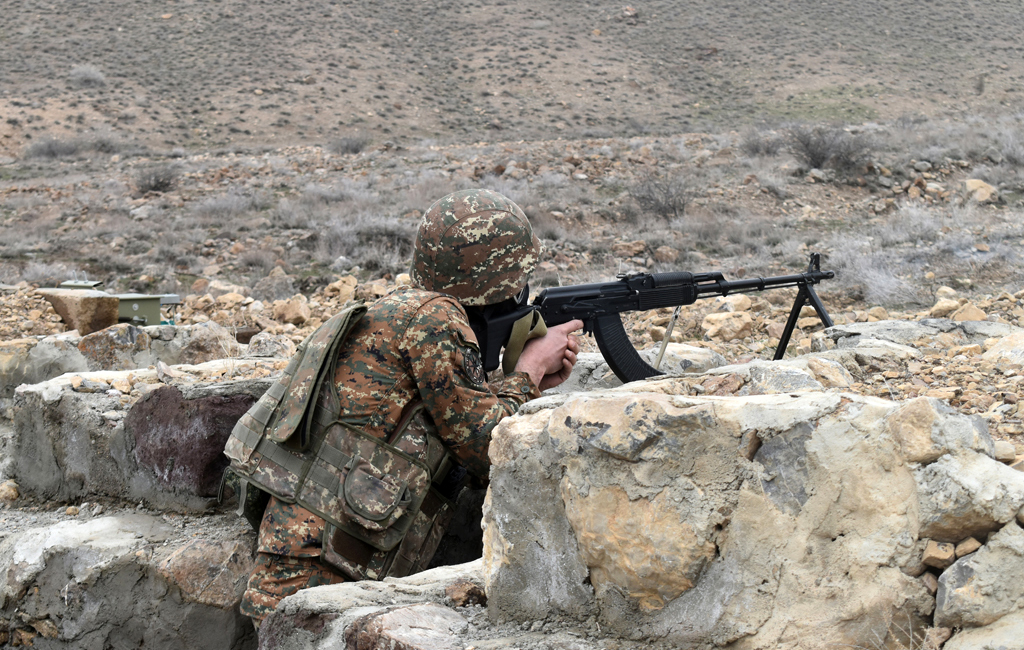 The situation on the line of contact in Artsakh did not undergo significant changes last night and on Tuesday morning, the Artsakh Defense Ministry said in a statement.

“The stable tension is maintained,” it said.

“The Artsakh leadership, together with the command staff of the Defense Army and the Russian peacekeeping troops, are taking steps to defuse the tensions and prevent further escalation,” reads the statement.

Azerbaijani forces began attacking the Artsakh army positions in the country’s north and northwest on Monday morning. The Artsakh troops thwarted all Azerbaijani attempts to cross the line of contact, the ministry said.

An Artsakh soldier, identified as Albert Bakhshiyan, was injured in the Azerbaijani attack. His life is not in danger.