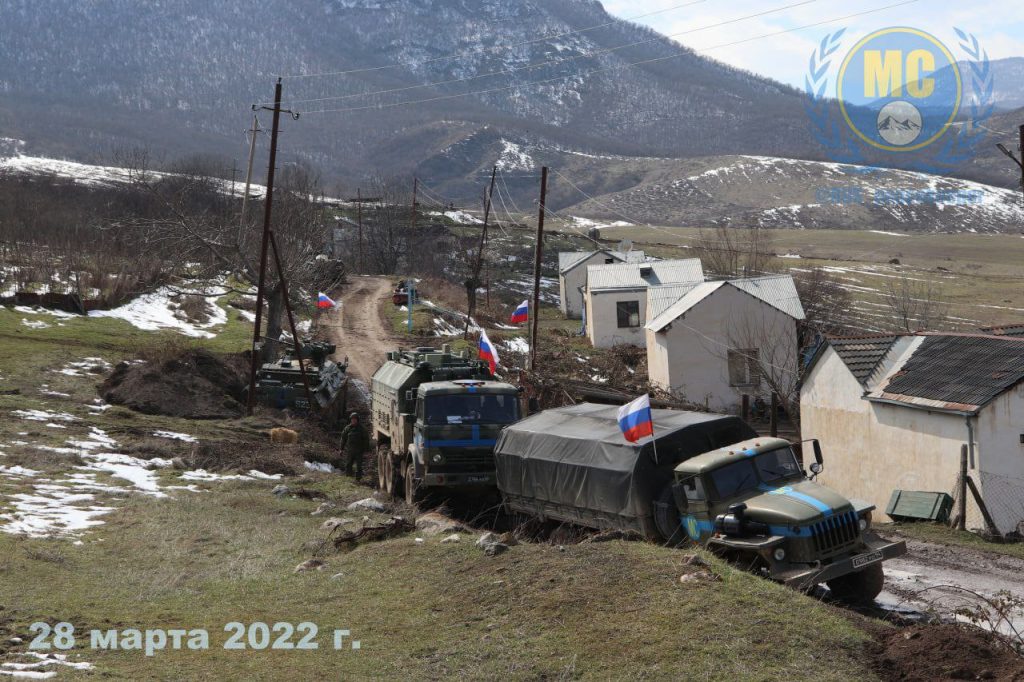 The operative-tactical situation remained tense along the line of contact in Nagorno-Karabakh (Artsakh) overnight, the NKR InfoCenter said Wednesday, March 30, with Azerbaijan refusing to withdraw forces from Karaglukh, a strategic height in Karabakh.

“The authorities of the Artsakh Republic together with the command staff of the Russian peacekeeping contingent and through various diplomatic means continue the consistent work to withdraw the Azerbaijani troops to their original positions and to stabilize the military-political situation,” the Info Center said.

“At the same time, the Artsakh Armed Forces are carrying out their functions, continuously improving the defensive fortifications and mechanisms of the republic.”

Azerbaijan has broken into Nagorno-Karabakh, and the incursion has left three Armenian soldiers dead and at least 14 others injured. On March 24, Azerbaijan stormed into the zone of the responsibility of the Russian peacekeepers stationed in the area and is refusing to completely withdraw its forces from strategic heights.