Right Man in the Right Place 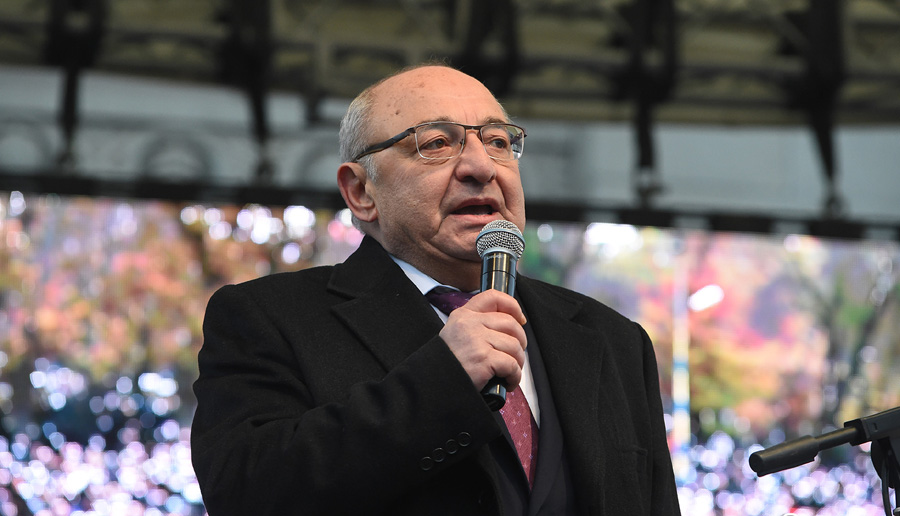 The Group of Seventeen, a coalition of principal opposition parties and organizations in Armenia, has announced its choice for the prime minister’s position in the interim government which would lead Armenia out of the present political deadlock.

The unity candidate is Vazgen Manukyan, first Prime Minister of the Republic, and subsequently Minister of Defense, who is widely credited for having engineered Armenia’s great victory in the first Artsakh War.

The current deadlock is the result of the November 9 Ceasefire Agreement signed by PM Pashinyan with Armenia surrendering major segments of the Armenian homeland to the enemy, an act of betrayal, indeed, of the letter and the spirit of Armenia’s Constitution, condemned by the opposition. For the record, the Agreement was co-signed by President Putin of Russia under whose auspices Russian peacekeeping forces would now be administering the ceasefire on the ground.

A widespread popular protest movement followed the signing of the surrender document. It soon was disclosed that neither Foreign Minister Mnatzakanyan, nor President Sargsyan were consulted by the PM beforehand. The signing also bypassed the country’s legislature altogether thus raising a serious question about the propriety and the legality of the document.

In its plenary session, the Group of Seventeen launched the next level of the popular protest by announcing the formation of the Homeland’s Salvation Movement Council which will now be in charge of the protest operations. Despite the increasing levels of police brutality, the street protests will continue to demand the immediate resignation of PM Pashinyan and his government in favor of an interim government to be headed by Mr. Vazgen Manukyan. The ultimate aim of the opposition is to have the National Assembly dissolved and new parliamentary elections organized at once.

Despite the fact that PM Pashinyan is now trying to regroup and get back to business as usual, the opposition has clearly spoken for radical change. The nation will not swallow the appalling defeat forced upon Armenia and Artsakh. It will not swallow the arbitrary land grab by the enemy agreed to by the head of the government. A growing popular consensus is insisting that Mr. Pashinyan must go! He and his government have forfeited their legitimacy by agreeing to this surrender document. Mr. Pashinyan can no longer govern the country.

The country needs a fresh start under an experienced, balanced and capable leader. Vazgen Manukyan is that leader. He was a lead voice for independence at the inception of the present republic. He is equipped to deal with the problems of Armenia’s society and economy which is still in transition. And, most of all, he knows how to conduct Armenia’s delicate diplomacy in the region.

The people of Armenia, and the Diaspora, must stand in solidarity with Mr. Manukyan and the Homeland’s Salvation Movement. This is our genuine chance out of the present morass. Mr. Pashinyan would be well advised to step down immediately and not complicate the process any further. He should resign today and let the nation move forward.