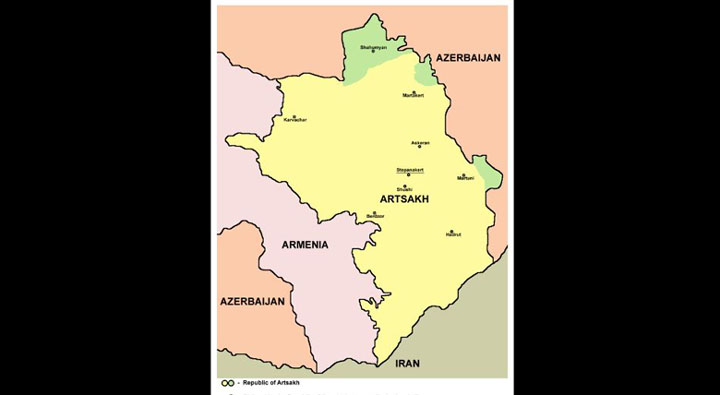 (Armradio) – The restoration of Artsakh’s territorial integrity is key to solving the Azerbaijan-Karabakh conflict, the Artsakh Foreign Ministry said in a statement.

27 years ago, the Azerbaijani armed formations with the support of the units of the 23rd division of the former Soviet Army occupied the Shahumyan region of Artsakh.

For the subsequent period a large part of the Martakert region was captured: in total, around 50% of the territory of Artsakh was occupied.

“To date, the Shahumyan region and part of the Martakert and Martuni regions remain under the occupation of Azerbaijan where the authorities of this country are pursuing a policy of illegal settlement,” the Foreign Ministry said.

“The issue of restoration of the territorial integrity of the Republic of Artsakh and return of the indigenous Armenian inhabitants to the places of their residence still needs to be resolved, which is one of the key elements of the Azerbaijan-Karabakh conflict settlement,” the statement reads.