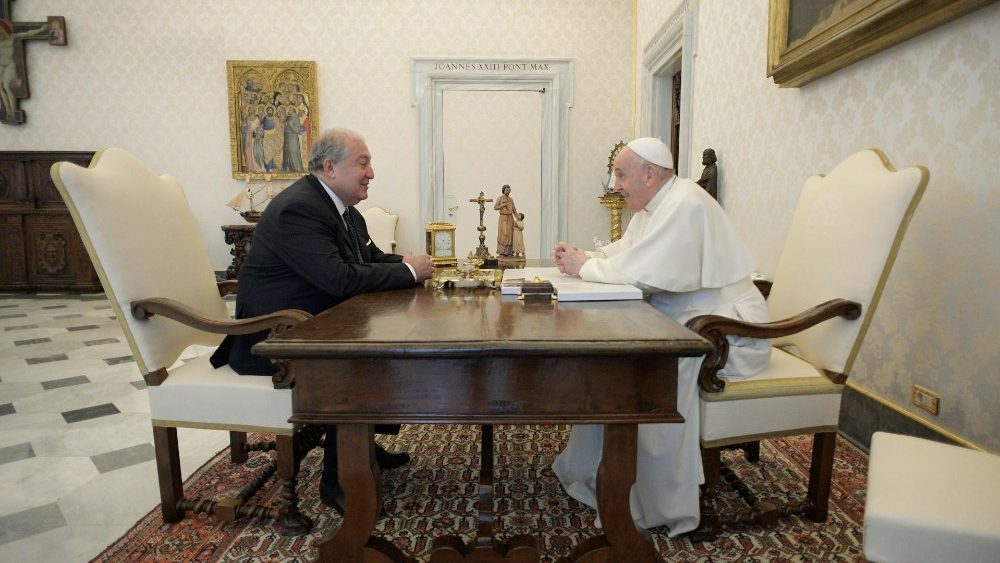 Armradio – This morning, in the Vatican Apostolic Palace, the Holy Father Francis received in audience the President of the Republic of Armenia, His Excellency Mr. Armen Sarkissian, who subsequently met with His Eminence Cardinal Secretary of State Pietro Parolin, accompanied by His Excellency Archbishop Paul Richard Gallagher, Secretary for Relations with States, the Holy See Press Office.

During the cordial discussions, appreciation was expressed at the development and strengthening of bilateral relations between the Holy See and Armenia, a country of ancient Christian tradition.

The parties went on to focus on other matters of international and regional policy.