Over 600 bodies have been removed from the conflict zone 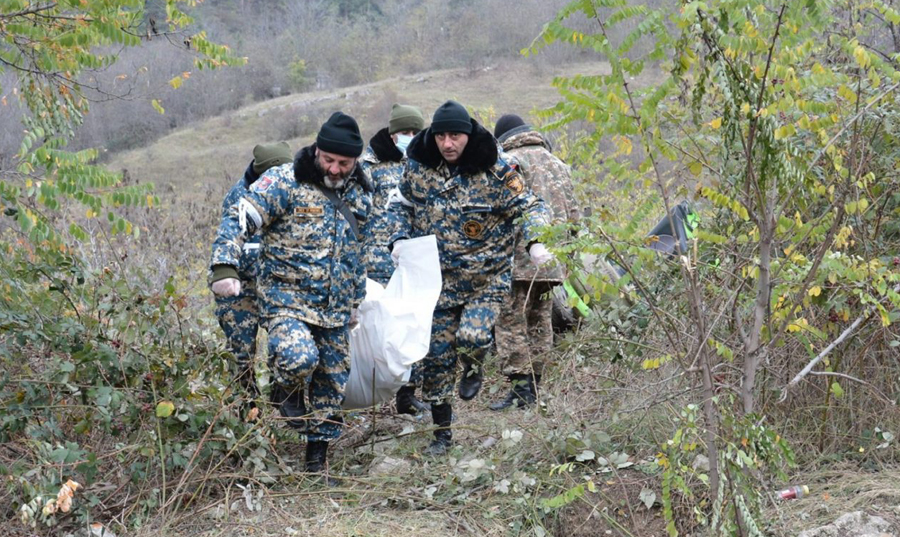 Armradio – More than 600 bodies have been removed from the conflict zone, Arayik Harutyunyan, President of the Artsakh Republic wrote on his Facebook page today.

Harutyunyan met with the relatives of the missing and captured servicemen.

“Today I had a regular meeting with a group of relatives of missing and captured servicemen, which was attended by the commander of the Russian peacekeeping mission in Artsakh Rustam Muradov and the director of the Artsakh State Emergency Service Karen Sargsyan.

Presenting the ongoing humanitarian work, I noted that due to the close cooperation of the Emergency Situations Service, the Artsakh office of the International Committee of the Red Cross and the Russian peacekeepers, more than 600 bodies have been removed from the conflict zone.

These days, all efforts are being made at the highest state level to find out in the shortest possible time the fate of all our compatriots who went missing,” Harutyunyan wrote.