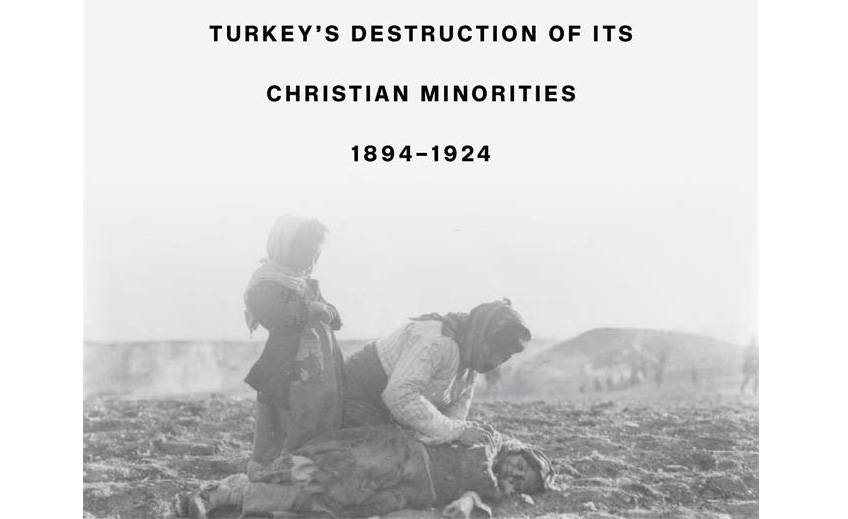 (The National Herald) – Putting the lie to repeated claims by Turkey it didn’t engage in genocides, two Israeli academics said they have documented the slaughter of Armenians, Greeks and Christians over a 30-year period from 1894-1924, including under the direction of Mustafa Kemal Ataturk, founder of the modern Turkish Republic.

Writing in The Wall Street Journal, about claims in their book The 30-Year Genocide: Turkey’s Destruction of its Christian Minories, Professors in Middle Eastern Studies at Ben Gurion University of the Negev Benny Morris Dror Ze’evi detailed the systematic slaughter by Turkish leaders that eliminated some 90 percent of the Christians.

Turkey has kept saying that their lives weren’t taken by planned massacres but in the fog of war and the chaos of the time that also took many Muslim lives but the scholars said the killings were designed to eliminate all Christians and nearly succeeded.

They wrote in a column in the paper that during the period they studied that the number of Christians in Asia Minor fell from 3-4 million to just tens of thousands, from 20 percent of the area’s population to under 2 percent.

“Turkey’s Armenian, Greek and Assyrian (or Syriac) communities disappeared as a result of a staggered campaign of genocide beginning in 1894, perpetrated against them by their Muslim neighbors. By 1924, the Christian communities of Turkey and its adjacent territories had been destroyed,” they wrote, contradicting Turkey’s claims.

It was no mere opinion piece but the result, they said, of 10 years of researching archives from Turkey, the United States, British and French archives as well as some Greek materials and the papers of the German and Austro-Hungarian foreign ministries.

They said they were thus able to prove “a strikingly consistent pattern of ethno-religious atrocity over three decades, perpetrated by the Turkish government, army, police and populace,” against Christians, which Turkey has denied, particularly the Armenian genocide which the scholars wrote was a “concentrated slaughter” from 1915-16.

They said it was driven by religion and aided by other groups of Muslims, including Kurds, Circassians, Chechens and Arabs with the purpose of a Holocaust-like Final Solution to kill every Christian in the region, murdering some two millions.

It was, they added, organized by three successive governments, those of the Ottoman Sultan Abdulhamid II, the Young Turks and, finally, Atatürk. Besides the mass murders, some 1.5-2 million Christians were expelled, mostly to Greece.

Ze’evi, reached by The National Herald earlier, recounted how arduous the task was to find the material by poring over voluminous records for years in an effort to get at the truth, which they said verified Christian claims of the genocides and planned mass extermination efforts.

They said the killings conformed to the United Nations definition of what constitutes genocide but Turkey has fiercely resisted any such depiction as the scholars said the killings were accompanied by mass rapes of tens of thousands of Christian women and their forced conversion to Islam, as well as those of children whose parents were killed.

“So pervasive was the sexual violence and kidnapping that many of today’s Turks, whether they know it or not, can trace at least part of their ancestry to these abducted Christians,” they added in an ironic twist of how trying to wipe out Christians in a way perpetuated their blood in Turks for generations.

President Recep Tayyip Erdogan has continued the line there were no genocides and in April wrote to the Armenian Patriarch of Turkey to “offer my sincere condolences” to the grandchildren of “the Ottoman Armenians who lost their lives under (the) harsh conditions of the First World War” and to urge him “to avoid helping those who seek to create hatred, grudge and hostility by distorting our common history.”

The tragedy began during 1894-96, when Sultan Abdulhamid II authorized massacres of against the Ottoman Empire’s Armenian minority, fearing that they threatened the integrity of his realm, the academics said.

Some 200,000 people, almost all Armenians, were killed by Turkish soldiers, villagers, townspeople, officials and police as well as Kurdish tribesmen, they said the documents showed, finding a grisly pattern.

“At each site, alongside the pillage and murder, many thousands of Armenian women were raped or abducted. Some would eventually be killed; many more were forced into Muslim households and converted, serving for the rest of their lives as wives, concubines or servants,” they said, history that Turkey wants covered up.

The evidence came from eyewitnesses as well, they said, including in January 1896, in the southern Turkish town of Palu, where an American missionary reported that the Turks “continue to carry off girls and women, keeping them a few days and then returning them with their lives blasted.”

In August that year, another missionary in Mardin wrote: “We saw girls not a few who returned from the hands of their captors weeping bitterly, shrieking and crying: ‘We are defiled! No one will take us in marriage.’”

The record of horror was also backed by even by Germany, which was allied with Turkey in World War I. On July 7, 1915, the German Ambassador in Constantinople, Baron Hans von Wangenheim, reported Armenians being deported from the city of Erzurum were being ambushed by Kurdish bands, with “the men and children…butchered and the women carried away.”

On July 27, a German engineer on the Baghdad railway reported that a Turkish sergeant “abducted 18 women and girls and sold them to Arabs and Kurds for 2-3 Mejidiehs,” a coin that was a fifth of a Turkish pound, the historians said they had also found.

There were slave markets during the war in the Syrian cities of Aleppo and Damascus and several Anatolian towns, selling off Armenian girls for trivial amounts, destined for sexual slavery or domestic service or marriage to Muslims,  their lives otherwise valueless.

in which Armenian girls who had been corralled by Turkish troops were sold for a pittance.

War between Turkey and Greece from 1919-22 saw Ataturk conduct a campaign of ethnic cleansing against Turkish Greek communities along the Black Sea and the Aegean coast.

“Claiming that Ottoman Greeks were assisting the invading Greek army, the Turks took the opportunity to murder hundreds of thousands of them, as well as expelling more than a million Ottoman Greeks to Greece,” said Morris and Ze’evi.

It was especially seen in the destruction and burning of Smyrna, with navies from the Allied powers victorious in WWII offshore doing nothing to stop it, watching the fires and murders from onboard.

The American Consul General in Smyrna, George Horton, reported that one of the “outstanding features of the Smyrna horror” was the “wholesale violation of women and girls,” in mass rapes to go along with pillage and slaughter.

In 1924, the British Foreign Office said it estimated that “not less than 80,000 Christians, half of them Armenians, and probably more” were still being detained in Turkish houses, “many of them in slavery.”

The research was said to have found that that tens of thousands of Christian women suffered rape, abduction and forced conve  rsion during the 30 year reign of terror, along with the mass murder and expulsion of their husbands, sons and fathers.

Drawing a parallel to Germany recognizing the atrocities of the Third Reich during World War II to Turkey’s denial of the genocides and slaughters, the historians said there’s also been no remorse. “Every Turkish government since 1924—together with most of the Turkish people—has continued to deny the painful history we have uncovered,” they said.