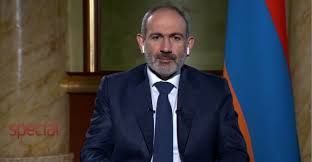 Armradio – If we want to stop the humanitarian catastrophe, if we want to stop this conflict growing any wider, the international community needs to show determination and recognize the independence of Nagorno-Karabakh, Armenian Prime Minister Nikol Pashinyan said in an interview with Euronews. 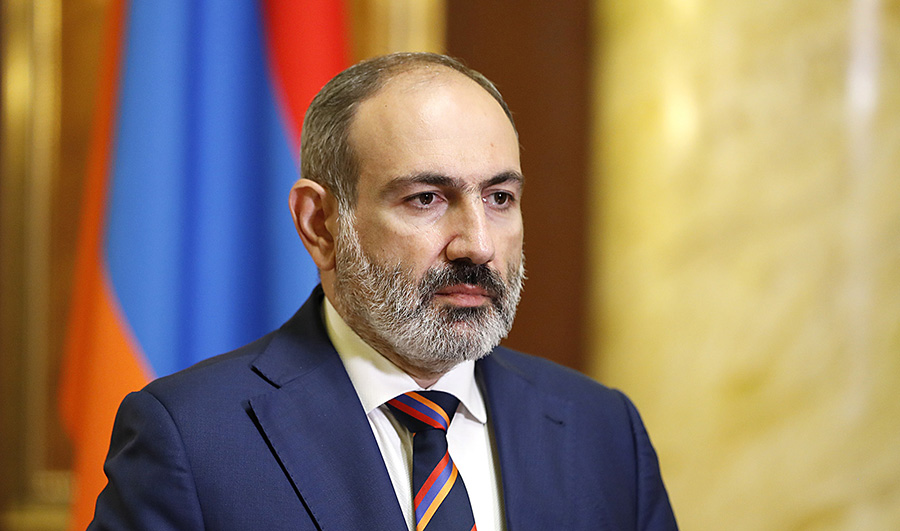 Euronews: The UN, the Minsk Group, the EU have all called for an immediate ceasefire yet the fighting continues so can you explain to us what are you aiming to achieve here?

“And Azerbaijan has essentially remained within the instruction given to it by Turkey. And the statement today by the EU Commissioner for External Affairs confirms this situation.

“Taking into consideration that there are terrorist groups fighting on [the] Azerbaijani side, which are involved in the hostilities, they are recruited and transported to the conflict zone, by Turkey. And the fact that the Armenians in Nagorno-Karabakh, at this very moment that I speak to you, are under an existential threat, because all the towns and villages are under constant shelling by rockets and missiles, including the capital city Stepanakert. I think the international community in this situation should decisively act now and recognize the independence of Karabakh.”

Azerbaijan’s defense ministry has said that your forces are shelling some of its towns. We must be clear that there are civilian casualties on both sides of this, I’d like to understand, are you pursuing peace?

“Absolutely, defense army of Nagorno-Karabakh has struck, and the defense ministry of Nagorno-Karabakh, clearly explained that the strikes had to be made because nothing else was possible. It was the only way to stop the Azerbaijani rocket attacks and the missile attacks against towns and villages of Nagorno Karabakh and against civilians.”

There is no consensus from either side for who is responsible for the violence starting again on September 27. You made a statement last year, your foreign minister, that you were going to prepare civilian populations for peace. That is not what we’re seeing. I’d like to understand, do what extent you feel emboldened or at least supported to act because perhaps you feel that you are supported from Russia? To what extent is that driving some of your decisions and actions?

“Peace, as always, has been our primary and ultimate goal from the day I was elected prime minister, I said we have to strive to find a solution that will be acceptable to the people of Armenia, the people of Nagorno-Karabakh and the people of Azerbaijan. And I am the first leader involved in the negotiations who officially says any solution must be acceptable to the people of the other side as well. The whole problem is that Azerbaijan does not and has not accepted officially this approach. For them the only solution is through ethnic cleansing of Nagorno-Karabakh, to be fully cleaned of Armenians and will fall completely under Azerbaijani control. This is a threat of genocide.

“Today international terrorists are involved in the implementation of that genocide. They were recruited, brought to the region by Turkey. They are fighting on the side of Azerbaijan. And this fact has essentially been recognized already by countries in the region and a number of European countries. So I wish to highlight, if we want to stop the humanitarian catastrophe, if we want to stop this conflict growing any wider, the international community needs to show determination and recognize the independence of Nagorno-Karabakh.”

The international community are also looking to your actions and we must stress that there are civilian casualties on both sides. People have died in Azerbaijan as a result of actions that you have overseen. What measures are you taking to try to limit the suffering of people caught up in this violence?

“Going back to your previous question, it’s very important to set the record clear, asked as to who unleashed this attack. And I think in the international media and amongst the international community, there is sufficient information Armenia and Karabakh could not start this war for the simple reason that we have no military tasks to accomplish here. The task we have is a political one.

“Let us analyze publicly why terrorists had to brought to Azerbaijan to the line of contact. What other purpose could there be in recruiting terrorists from another country, bringing them to one’s country? If that country is not planning a military aggression, why would Azerbaijan agree to terrorists being transported to its territory? But we think that the most important thing today is to stop the violence. And for this, Azerbaijan needs to stop its attacks. And, of course, peace in the region. And the best tool for it, in our opinion, is the international community’s recognition of the independence of Karabakh.”

Are you prepared to stop the attacks?

“Yes, of course. But, this does not mean that we would wait then they would come and commit genocide on our people. We have not attacked anyone. Our actions and the actions of Karabakh are only for self-defenses. We have not and do not have the purpose to kill anyone. Our only purpose is to protect the Armenian people from another genocide. It is a self-defense purpose.”

What would be an acceptable resolution for you? Is there a different way of finding a resolution to this conflict which doesn’t involve violence?

“Our position has been and remains that the Karabakh issue can not be solved through violence. Any solution cannot be achieved through violence. But Azerbaijan’s policy has been a plan to violently solve the Karabakh issue. Armenia has always been ready for compromise. Azerbaijan is the one which does not in any way want any compromise. They do not want compromise. Their only solution is that the Armenians of Karabakh, who always have been 80 plus per cent of the population of Karabakh, should be displaced and they are going to get Karabakh through ethnic cleansing and that area becomes free of Armenians and a non-Armenian inhabited area.

“These people cannot just leave their thousands of years’ homelands just because Azerbaijan demands so, they have to defend themselves and they have that right to self-defense. There is no other aim for Nagorno Karabagh here, but self-defense.”