IDC Joins with Coalition Partners to Condemn Azerbaijan’s Ethnic Cleansing of Armenians from Berdzor Valley and Calls for End to U.S. Military Aid to Baku 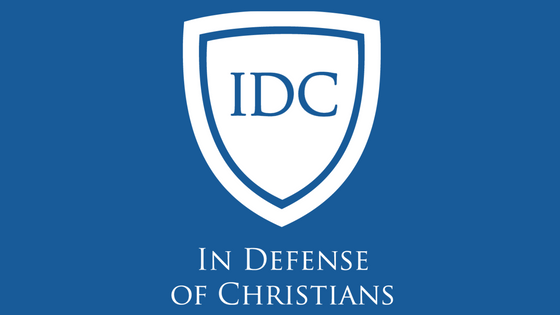 Washington, DC – In Defense of Christians (IDC) joins with a coalition of partners to condemn Azerbaijan’s ethnic cleansing of Armenians from the Berdzor Valley of Nagorno Karabakh (Artsakh), and calls for the immediate suspension of all U.S. military and security aid to the Azerbaijani government.

On August 27, 2022, Azerbaijani forces completed the ethnic cleansing of Armenians from the historically Armenian Berdzor Valley. Indigenous Armenians who have inhabited the valley for thousands of years have been killed or sent into exile in the wake of Azerbaijan’s occupation. Azerbaijani settlers have also followed the invading forces, occupying thousands of Armenian homes and converting millennium-old churches into mosques.

The Berdzor Valley is known to Armenians as the Road of Life, as it served as the only viable avenue of land access between Armenia and Nagorno Karabakh. With the Berdzor Valley now under complete Azerbaijani control, the people of Nagorno Karabakh are cut off from critical logistics and humanitarian support and remain vulnerable to increased Azerbaijani war crimes. Reports indicate that Azerbaijan is installing a military base in the valley, nearly one mile from the Armenian border.

According to In Defense of Christians Executive Director Richard Ghazal, “The ethnic cleansing of Armenians in the Berdzor Valley is just the latest episode in a century-old Genocide that Azerbaijan and its Turkish sponsors aim to complete. With the citizens of Nagorno Karabakh now physically and strategically isolated, Azerbaijan can now attack with total impunity. Continued U.S. aid to this ongoing atrocity is unacceptable.”

“We join with our In Defense of Christians partners in calling upon President Biden – consistent with his own campaign statements – to stop the flow of U.S. arms and aid to Azerbaijan,” said Armenian National Committee of America Executive Director Aram Hamparian. “The oil rich Aliyev regime neither needs nor deserves U.S. taxpayer funded military assistance – aid that both morally emboldens and materially abets its ethnic-cleansing of Artsakh.”

According to Hellenic American Leadership Council Executive Director Endy Zemenides, “The international community has betrayed its vow of ‘never again’ with its silence as Azerbaijan completed the ethnic cleansing of the Berdzor Valley. The Biden Administration cannot pursue human rights and the rule of law and simultaneously allow Azerbaijan to act with impunity.”

“Hindu-Americans stand in solidarity with Armenians against their unjust ethnic cleansing from the Berdzor Valley. As Hindus were similarly ethnically cleansed from the Kashmir Valley in India over 30 years ago, we understand their pain and suffering. We urge the Biden administration to immediately cease financial and military aid to Azerbaijan for this gross abuse of human rights,” said Hindu American Foundation Managing Director Samir Kalra.