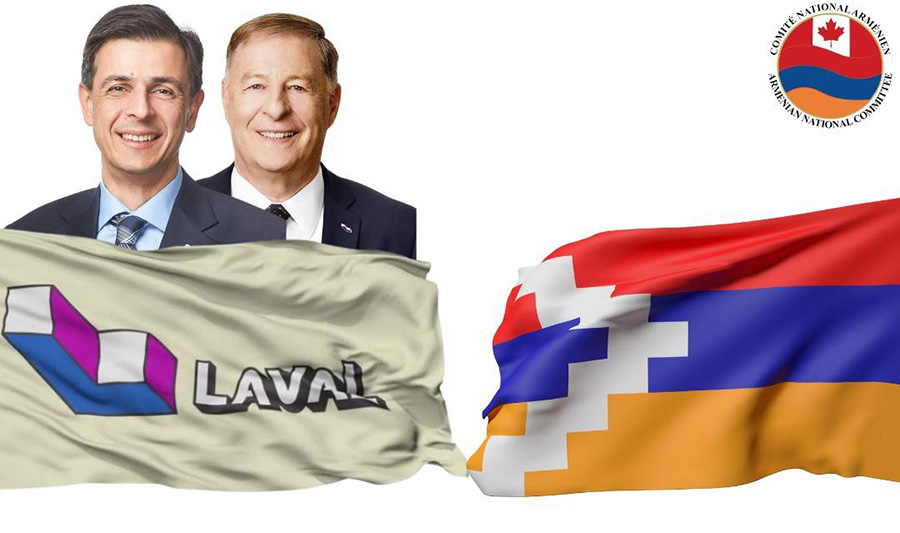 – On Wednesday, November 4th, the city council of Laval, Quebec, unanimously recognized the independence of Artsakh and condemned the joint Turkish-Azerbaijani aggression, reported the Armenian National Committee of Canada.

In the resolution introduced by city councillor for Renaud, Mr. Aram Elagoz, the City of Laval declared that it;

With this resolution, the City of Laval becomes the first governmental entity of any level to recognize the independence of the Republic of Artsakh in Canada. The Armenian National Committee of Canada and its Quebec provincial branch welcome this unprecedented victory and thank the City of Laval for their principled decision and solidarity with Armenia and Artsakh.

The decision taken by the Laval City Council must serve as an example that in the face of injustice and aggression, Canadians will not remain indifferent and will step-up to call out all crimes against humanity and stand on the side of justice and truth.