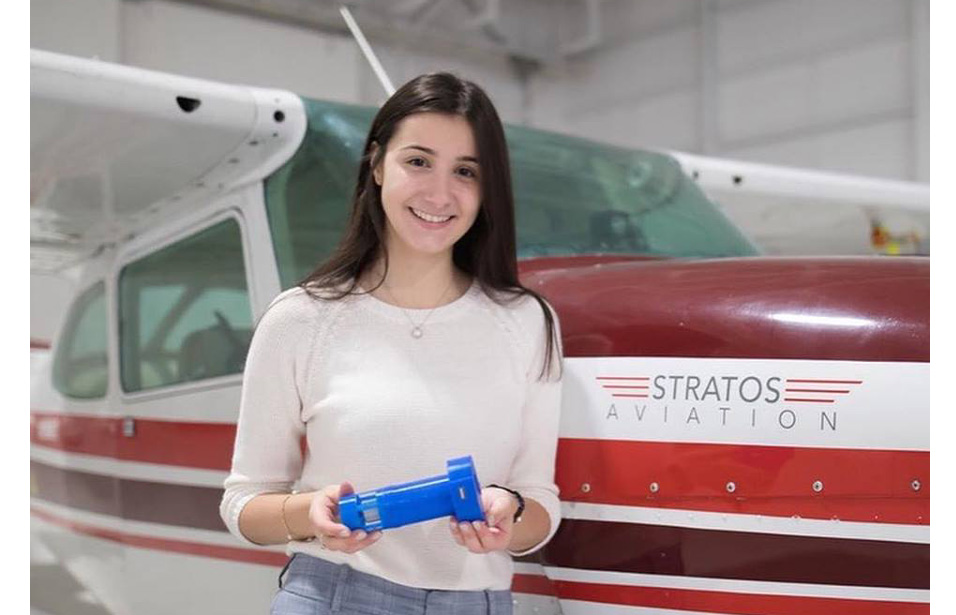 Hussen was addressing about 200 people at an event at the University of Windsor School of Creative Arts Concert Hall in the former Armouries.

“She’s made an aircraft part that makes the aircraft go faster and emit less emissions. So she’s already making a contribution and she’s the pride of her new community and her new country.”

Bakarian has invented a renewable energy device called Ventus for small general aviation aircrafts in Canada. Earlier this year Shoushi discovered Stratos Aviation a non for profit association located in Dorval on Ryan Avenue which advocates careers and opportunities in aerospace to the next generation of aviation professionals through STEM education and pilot training. She quickly climbed the ranks and today at the young age of 21, she is one of the administrators of the association. Stratos Aviation is a multidisciplinary environment with a hands-on approach to educate and promote all aspects of aviation.