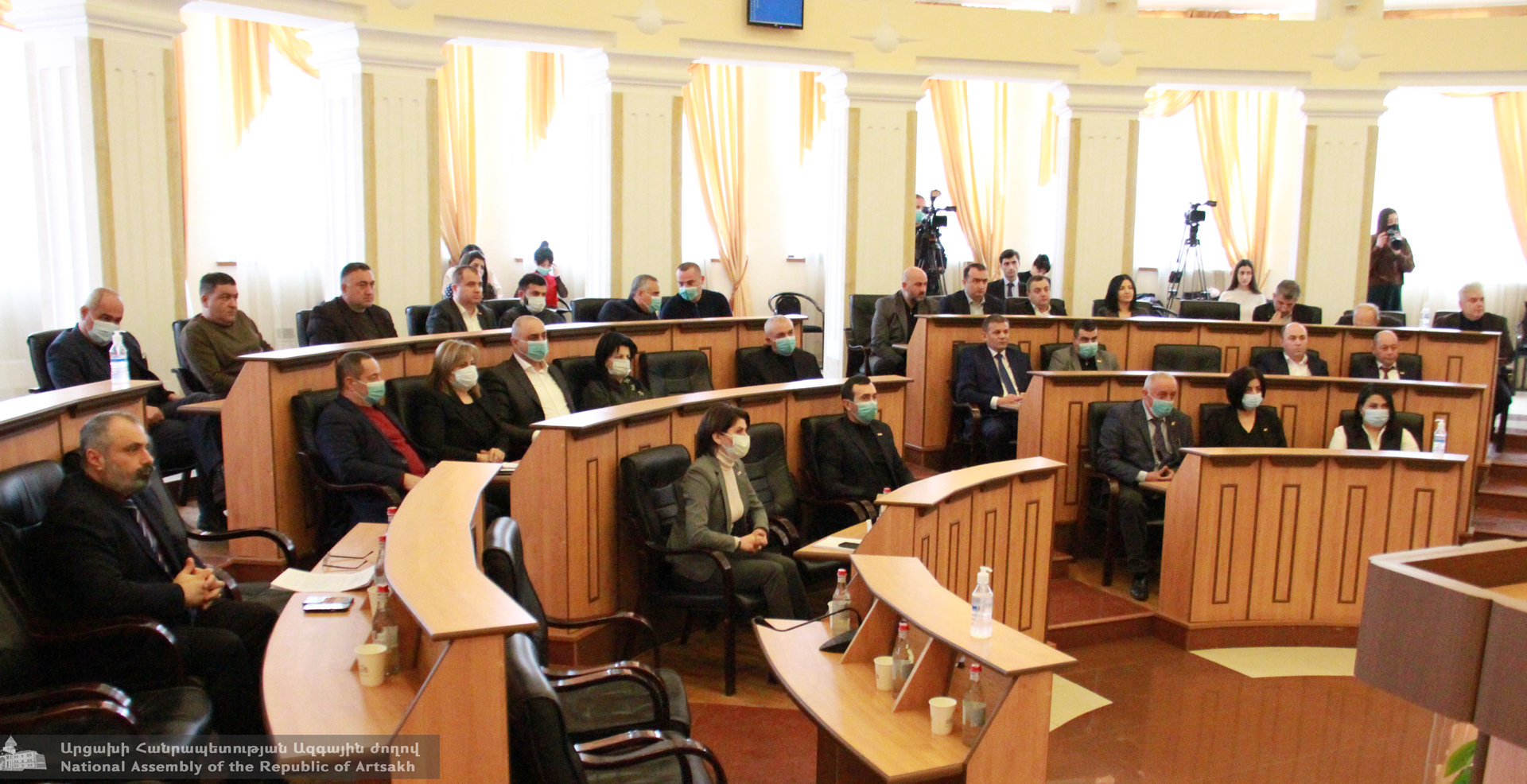 (Panorama.am) – The Artsakh (Nagorno-Karabakh) National Assembly has unanimously passed in the first reading a draft law on territories occupied by Azerbaijan in the 2020 war.

At a special session on Wednesday, lawmakers also approved supplements to the Civil Code of Artsakh.

“The occupation of Artsakh territories during the war waged by Azerbaijan cannot have an impact on the process of determining the final status of the Artsakh Republic and its borders during the future negotiations on the peaceful settlement of the conflict,” MP Artur Mosiyan, who represents the Armenian Revolutionary Federation (ARF) party, told lawmakers, presenting the package of bills.

The MP highlighted the need for progressive steps towards the de-occupation of Artsakh territories, the restoration of the country’s territorial integrity, a comprehensive and lasting settlement to the Nagorno-Karabakh conflict, the preservation of the Armenian historical and cultural heritage, as well as the repatriation of forcibly and internally displaced persons.

“The adoption of the bill is an imperative, since most of our country is occupied,” Foreign Minister David Babayan stated.

According to him, the legislation includes the vision of the Artsakh people on their past, present and future.

“This is a historic move, which is not so much for today as for the future,” the FM underlined.

Parliament Speaker Artur Tovmasyan said, in turn, that the bills have security components, which will definitely be discussed by the Security Council.

All the 31 MPs attending the session voted for the bills.