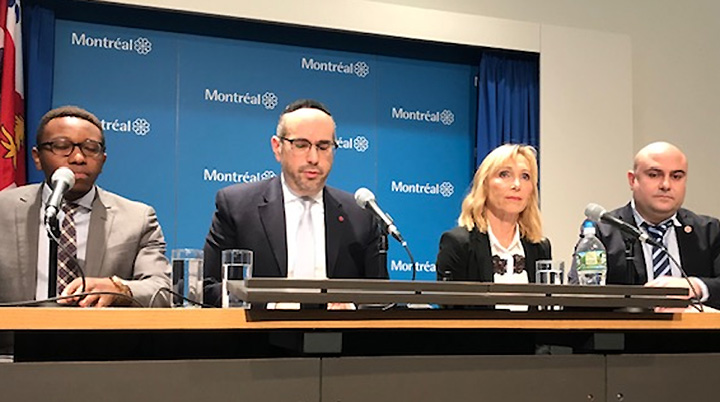 On Monday, November 12th, 2018 members of the Armenian National Committee (ANC) of Quebec took part in a press conference alongside members of the Jewish, Rwandan communities and The Foundation for Genocide Education. The press conference was convened by leader of the Official Opposition of the city of Montreal and city Councillor Lionel Perez and urged the government to take action and adopt a course that would be mandatory to have Genocides taught in all high schools in the province of Quebec and for it to be part of the ministry of education curriculum. The opposition hopes that a motion will be passed at Montreal City Hall next week declaring that a better teaching of Genocide is needed across high schools in Quebec in order to combat hate, ignorance and Genocide Denial, which is always the final stage of Genocide. Hrag Darakdjian addressed the conference on behalf of ANC Quebec stressing the importance of Genocide education.