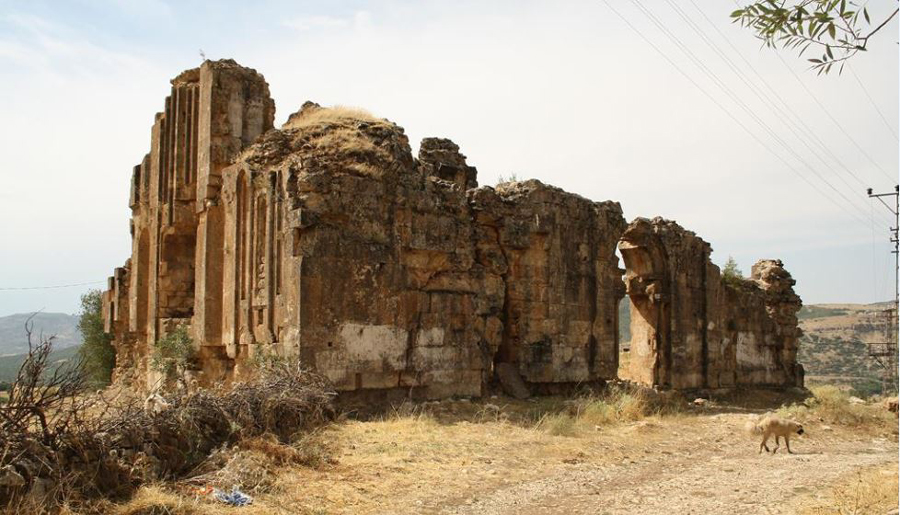 HOZAT, Dersim– Ergen church in Turkey’s alevi province of Dersim (Tunceli) was built by Armenians 1,300 years ago, but now stands looted and in ruins without its original custodians, Rudaw reports.

Located 15 kilometres from the center of the province’s town of Hozat, the house of worship is not listed as a tourist site due to recent fighting between Turkey and the Kurdistan Workers’ Party (PKK).

Locals are calling for the church to be renovated and reopened for tourism.

“Eight years ago, archaeologists came here, they did some research and said they would restore it. They came from Georgia, Armenia and all over Europe […] but no changes have been made yet,” claims the village’s mukhtar Ali Tezkir.

Tourists and visitors who come to see this ancient church are, on one hand, in awe at the historic structure that has remained for hundreds of years, but on the other saddened by its demise.

“I have read a lot about this place and know its history. I was eager to see it but am saddened by the sight of it,” said tourist Guler Emektar.

In 2012, the  Erzurum Department of Culture and Environmental Protection answered the request of Dersim’s Tourism Directorate to renovate and protect the church from vanishing. So far, no steps have been taken.

Ergayn Ënguzents or Ergani Surp Garabedi Vank was dedicated to the Holy Precursor and to the Mother of God, was founded in 975. The only one of its founders known to us is Prince Mekhit‘ar the Great, quite likely a Mamigonian. The monastery is mentioned between 1508 and 1608, as a place where manuscripts were produced