Armenia calls on Canada to pressure its NATO ally Turkey 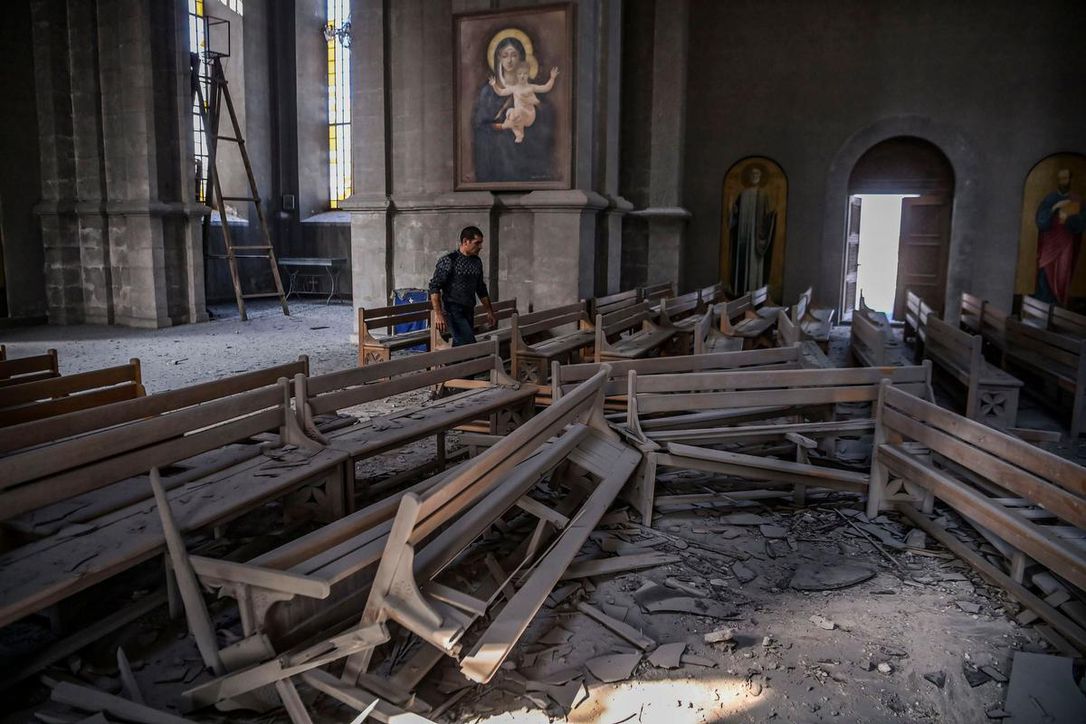 As the rest of the world is busy battling the global COVID-19 pandemic, Nagorno-Karabakh (Artsakh) has suddenly shifted its focus to countering deadly attacks at its borders.

Since Sept. 27, a joint Azerbaijani-Turkish offensive has been launched against the Armenian population of Nagorno-Karabakh.

During the 12 days of the ongoing attacks, Azerbaijan has used destructive weapons along the entire line of contact with Nagorno-Karabakh, shelling settlements, targeting peaceful civilians, infrastructures and holy sites.

Numerous cities, including the capital city of Artsakh, are currently under heavy shelling by illegal weapons that are largely forbidden by numerous global and legal frameworks. As this is not enough, Azerbaijan’s antagonism and destructive policy has now focused on bombarding religious sites that are kilometres away from the line of contact.

The Holy Saviour Ghazanchetsots Cathedral — the cultural centre of Artsakh, has been shelled twice in one day, destroying parts of the building and injuring several foreign journalists.

While the international community, including Canada, have called for an immediate peace and stressed that the issue cannot have a military solution, Turkey has encouraged Azerbaijan to carry on with the attacks, providing a full political and military support to its ally.

On top of this, high-ranking Turkish military officials, mercenary fighters and terrorists from the Middle East have been transferred to Azerbaijan to assist with waging war against Nagorno-Karabakh. Turkey’s direct involvement in this war further escalates the conflict, giving a dangerous turn to events and erasing any potential settlement framework that the Armenian side hopes for.

The people of Armenia and Artsakh are well aware of the price of peace and have nothing to gain from a destructive war. Unfortunately, Azerbaijan continues to reject any peaceful settlement, preferring to refrain from diplomatic dialogues and instead attempting to resolve the conflict through arms and exclusionist policies.

However, notwithstanding the ongoing skirmishes, Armenia reiterates that the only solution to the conflict is through peaceful negotiations. In order to achieve this, it is first of all necessary to reimplement the ceasefire regime guaranteed by the 1994-1995 trilateral agreements reached between Armenia, Nagorno-Karabakh and Azerbaijan, and to return to the negotiating table overseen by internationally mandated OSCE Minsk Group Co-Chairmanship.

Further escalation and militaristic responses to the issue are entirely unacceptable by Armenia and threaten to completely undermine the peace process that many nations, including Canada have long promoted. Armenia attaches great importance to Canada’s impartial position in the conflict and appreciates its irreplaceable role as a global leader in human rights and democratic practices.

Nevertheless, due to the gravity of the situation, especially the growing human costs, we are convinced that more targeted statements and actions are necessary by the international community. Having explicit aggressors on the ground, statements addressing to “both” or “all sides” diminish the responsibility of the aggressors and incriminate the victim.

In this context, Armenia welcomes Foreign Minister François-Philippe Champagne’s decision to suspend export control permits to Turkey due to the ongoing investigation and his joint declaration with U.K. Foreign Secretary Dominic Raab, calling for an end the hostilities.

We very much hope that Canada will continue taking active steps in de-escalating the situation by enforcing all its diplomatic strength towards pressuring its NATO ally Turkey to withdraw its direct involvement in the conflict, and by doing so, bringing its contribution to the peace and stability in the region.