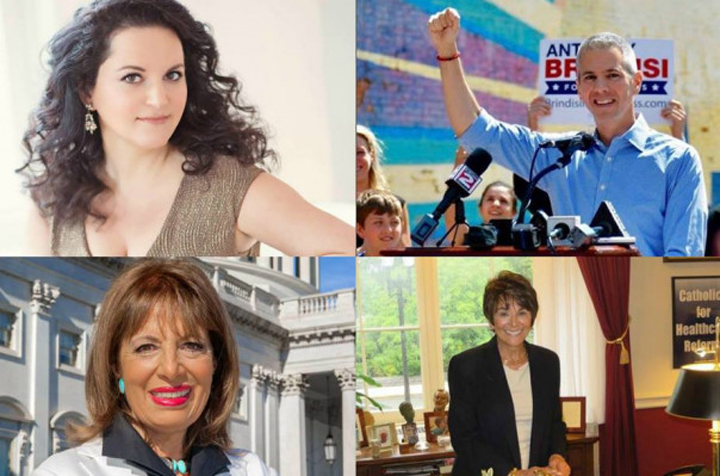 Over 90% of ANCA-endorsed U.S. Senate and House candidates won in the 2018 Midterm Elections

WASHINGTON—According to election results, more than 165 Armenian National Committee of America (ANCA) endorsed candidates – roughly 92 percent of the 180 formally backed by the pro-Armenian advocacy organization – won their bids for  the U.S. Senate and House Tuesday, capping off months of sustained effort – spearheaded by the ANCA Eastern and Western regions – registering voters, signing up volunteers, organizing communities, and raising funds for supportive candidates from both parties and around the country.

Armenian American candidate Anthony Brindisi (D-NY), great-grandson of Armenian Genocide survivors, defeated an incumbent legislator in upstate New York. He will join Reps. Anna Eshoo (D-CA) and Jackie Speier (D-CA) as the third American of Armenian heritage serving in the U.S. House of Representatives.  Senator Bob Menendez (D-NJ), a leading Senate champion of Armenian American priorities convincingly beat back a challenge, and will return to the Senate as the Ranking Democrat on the influential Foreign Relations Committee.  Armenian American Danny Tarkanian (R) ran a spirited campaign, but fell short in his race for a U.S. House seat in Nevada.

“Today was a good day for pro-Armenian Congressional candidates,” said ANCA Executive Director Aram Hamparian.  “The ANCA is proud to have helped empower pro-Armenian voters across America with reliable legislative information about the hundreds of Congressional candidates who sought our electoral support. Americans of Armenian heritage went to the polls in record numbers, strengthening our national standing as an engaged electoral constituency – one that expects results, demands respect, and rewards friends.”

Anna Astvatsaturian Turcotte was re-elected to the Westbrook City Council in Maine. “A refugee who, along with her family, fled the Baku pogroms against their Armenian population in the late 1980’s, is an internationally respected advocate for Artsakh freedom,” the Committee says, adding that the US-Armenian legislator will be serving her second term in office.

The Republicans led the polls with 51 votes, with the Democrats receiving only 43 seats in Congress. In the House of Representatives, however, the Democrats outnumber their colleagues from the Republican Party (210/191).