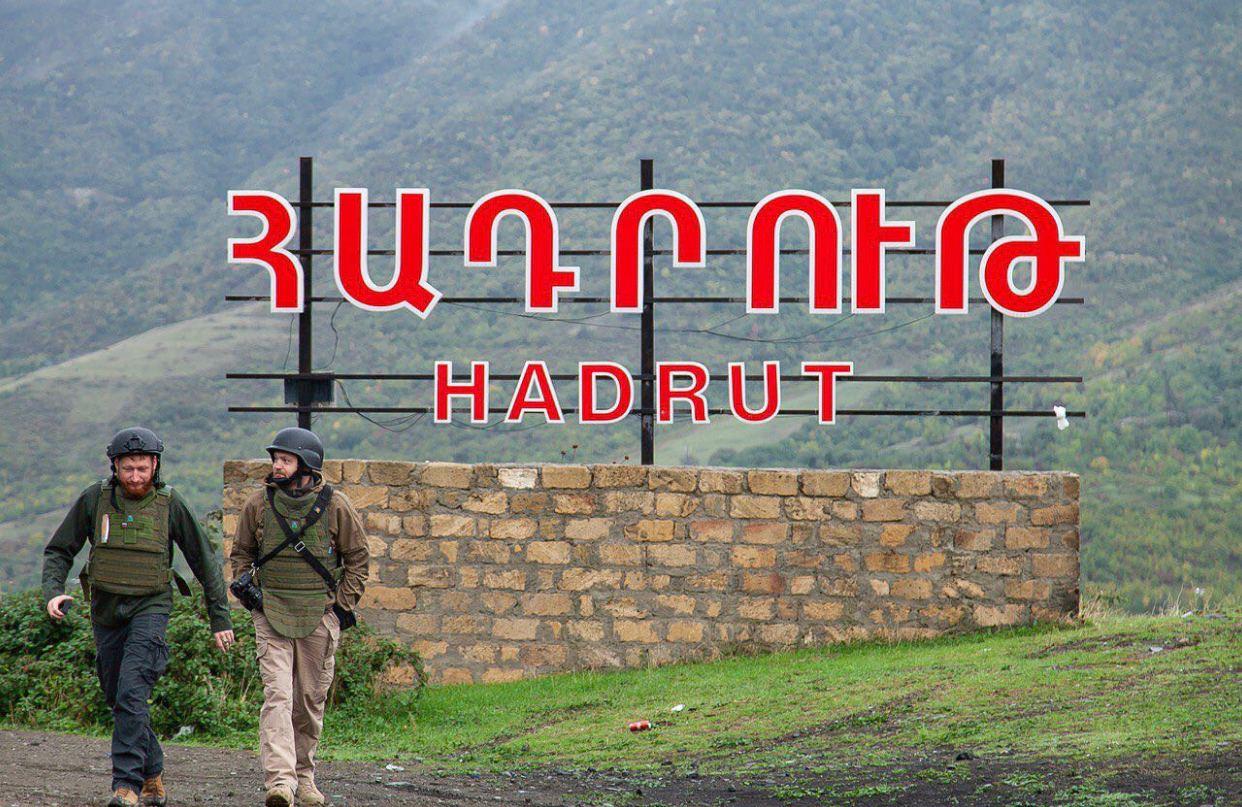 Armradio – Both the representative of the Ministry of Defense of Armenia and the spokesperson of the President of Artsakh deny Azerbaijani President Ilham Aliyev’s claims on having captured the city of Hadrut.

“I am in Hadrut right now, and for some reason I see only Armenians,” official representative of the Ministry of Defense of Armenia Artsrun Hovhannisyan said in a Facebook post.

Meanwhile, Spokesperson for the President of Artsakh Vahram Poghosyan says Aliyev’s assertions about Hadrut are “as far from reality as the Azerbaijani terrorist army from Hadrut.”

Reporters of the Russian WarGonzo Channel shared a photo from Hadrut and promised a report from the site soon.