33 years after the devastating earthquake in Spitak 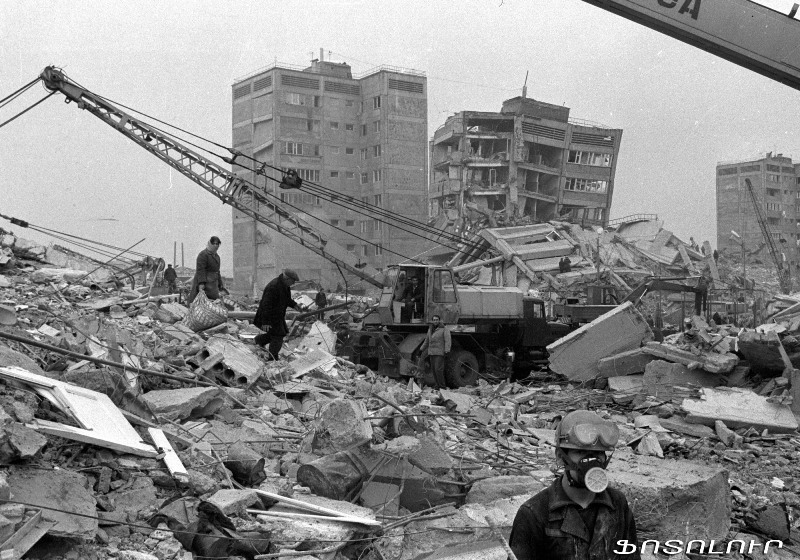 Armradio – December 7 marks the 33rd anniversary of the devastating earthquake in Spitak. The earthquake hit 40% of the territory of Armenia, densely populated regions with 1 million people.

The cities of Spitak, Leninakan (now Gyumri), Kirovakan (now Vanadzor) and Stepanavan, as well as hundreds of villages were totally or partially destroyed. Twenty-five thousand people were killed, 500 thousand were left without shelter. 17% of the buildings were destroyed, the work of 170 industrial companies was halted.

Immediately after the earthquake Armenians all over the world united and offered comprehensive support to the Motherland. “SOS Armenie,” “Aznavour for Armenia” and tens of other organizations were created. Many Diaspora Armenians rushed to Armenia, bringing food, clothes and medicine.

Many of them – doctors, psychologists, constructors, architects – stayed in Armenia and personally participated in the rescue works.

A number of countries of the world continued to support Armenia years after the earthquake.  Italians built a whole dwelling district in Spitak, Norwegians built a hospital, which was named after great humanist F. Nansen.

A school built by Englishmen was opened in Gyumri. Prime Minister of Great Britain Margaret Thatcher participated in the opening ceremony.