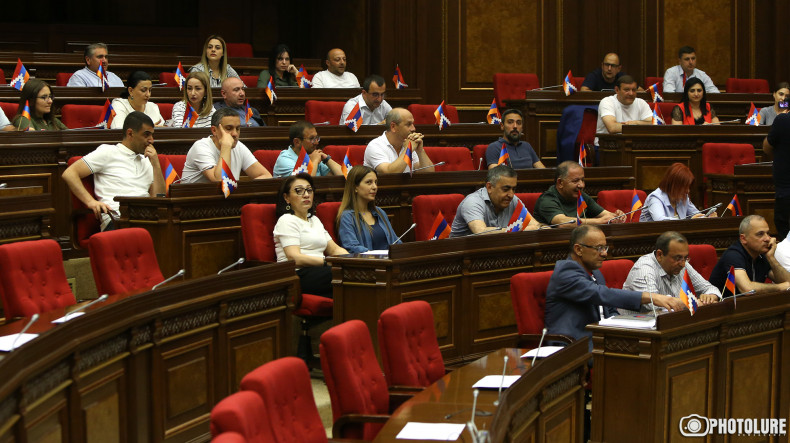 A special session of the Armenian parliament sought by the two opposition factions was not held amid a lack of quorum.

Speaker Alen Simonyan announced that only 33 deputies were registered, failing to ensure quorum.

The opposition Hayastan and Pativ Unem factions drafted last week a resolution rejecting any peace deal that would make Artsakh a part of Azerbaijan and called a special parliament session on Friday afternoon to debate it.

The document also warned against any territorial concessions to Azerbaijan as a result of demarcation and delimitation of the Armenian-Azerbaijani border.

It said that the demarcation process must start only after Azerbaijan releases all Armenian captives and pulls its troops out of Armenia’s sovereign territory.

The resolution also addressed the Armenian-Turkish normalization process, saying any deal cannot call into question that genocide was committed against the Armenian people.