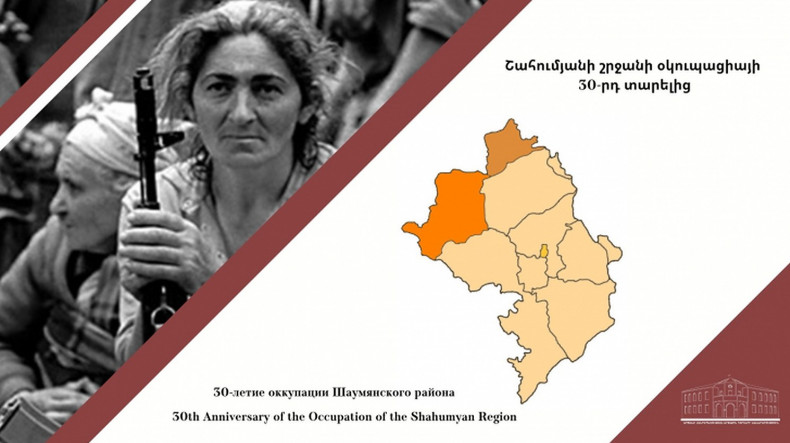 Artsakh’s Foreign Ministry released the following statement on the 30th anniversary of the occupation of the Shahumyan region marked on Sunday, June 12:

“30 years ago, on June 12, 1992, the Azerbaijani armed forces occupied the Shahumyan region of the Republic of Artsakh.

This ancient region of Artsakh, which played an important role in the history of the Armenian statehood and National-Liberation Struggle and was one of the founding entities of the Nagorno Karabagh Republic, was occupied by the enemy that subjected the population to genocidal actions. As a result of the aggression, we suffered significant losses.

Due to the occupation of the Shahumyan region, most of the population was forced to flee their historical homeland and find refuge abroad.

The pain of loss of the homeland has not healed in the hearts of either the residents of Shahumyan, or the Armenians of Artsakh and worldwide. We will never accept the loss of the Shahumyan region. The issue of de-occupation of Shahumyan continues to remain on the foreign policy agenda of the Republic of Artsakh.

Shahumyan was, is and will always remain an integral part of Artsakh.”