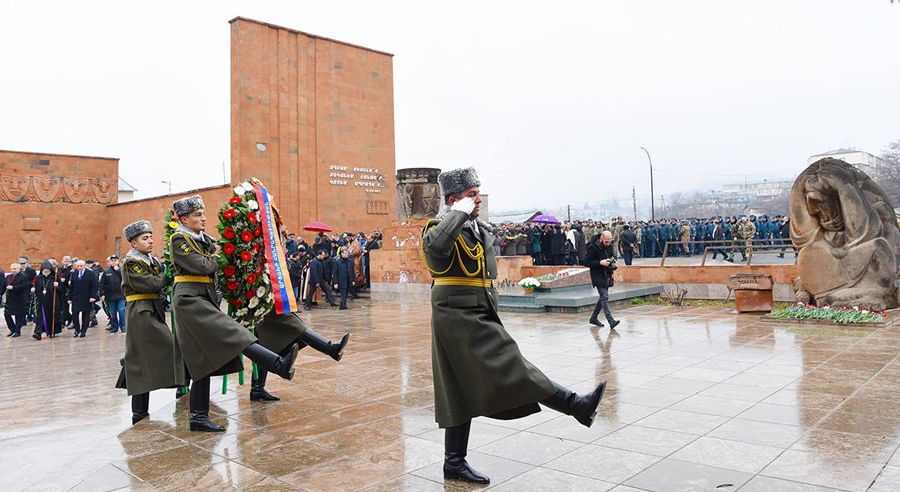 The President was accompanied by Primate of the Artsakh Diocese of the Armenian Apostolic Church Archbishop Pargev Martirosyan and top officials of the republic.

On 27-29 February 1988, atrocities against and forced deportation of the Armenian population was carried out by the Azerbaijani authorities in Sumgait, just 30 kilometers from Baku. Hundreds of Armenians, mostly women, children and elderly people fell victim to a pre-planned massacre; thousands of Armenians were forcibly deported and their property and plundered.

The crime committed in Sumgait was another manifestation of the policy of discrimination, ethnic cleansing and expulsion of Armenian people, which, following the example of Nakhichevan, was carried out with impunity by the Azerbaijani authorities during the Soviet period. It later continued in Baku, Gandzak (Kirovabad) and other Armenian settlements of Northern Artsakh.