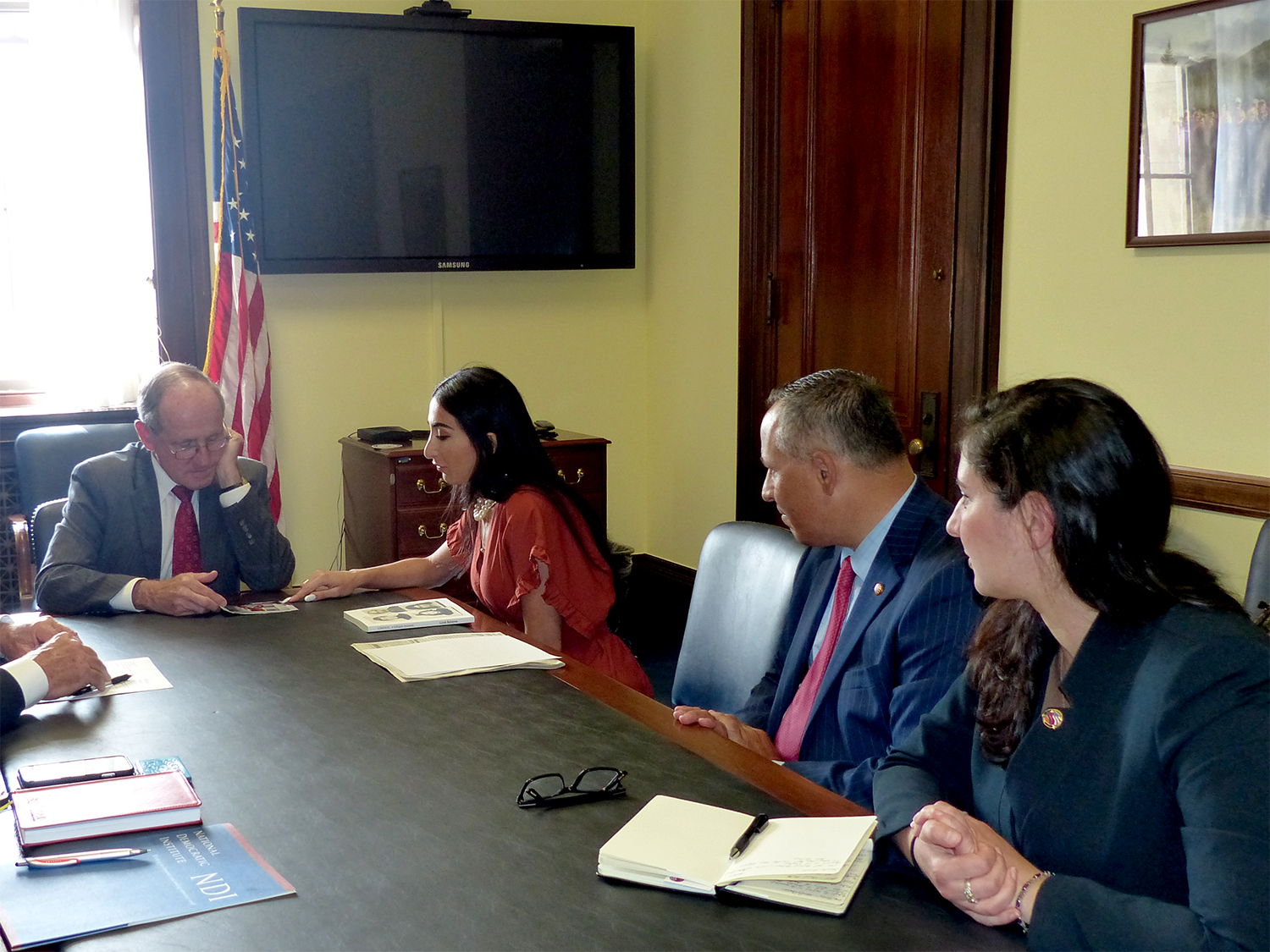 “I appreciated the opportunity to share with Chairman Risch the Idaho Armenian community’s support for a permanent U.S. policy on the Armenian Genocide – one which properly honors the heroic role that Idahoans and all Americans played in saving hundreds of thousands of orphans through the Congressionally-mandated Near East Relief effort,” said ANCA Idaho Chairwoman Liyah Babayan.

“As the great-grandchild of survivors of the Armenian Genocide, forced to flee Azerbaijani government-organized violence against the country’s Armenian minority, my family and I understand first-hand the importance of properly commemorating this crime, condemning its denial, and ensuring that the lessons of the past contribute to a more tolerant future,” said Babayan.

As Chairman of the powerful Foreign Relations Committee, Senator Risch holds the authority to schedule a vote on S.Res.150, the Armenian Genocide Resolution, introduced by the panel’s Ranking Democrat, Senator Bob Menendez (D-NJ).

Through participation in the congressionally mandated Near East Relief (NER) program, Idahoans sponsored the care and well-being of over 2000 orphans of the Armenian Genocide, providing the cost of clothing and feeding these children.

The residents of Idaho also contributed an impressive 100 tons of clothing and shoes through the designated NER district office in neighboring Washington State.