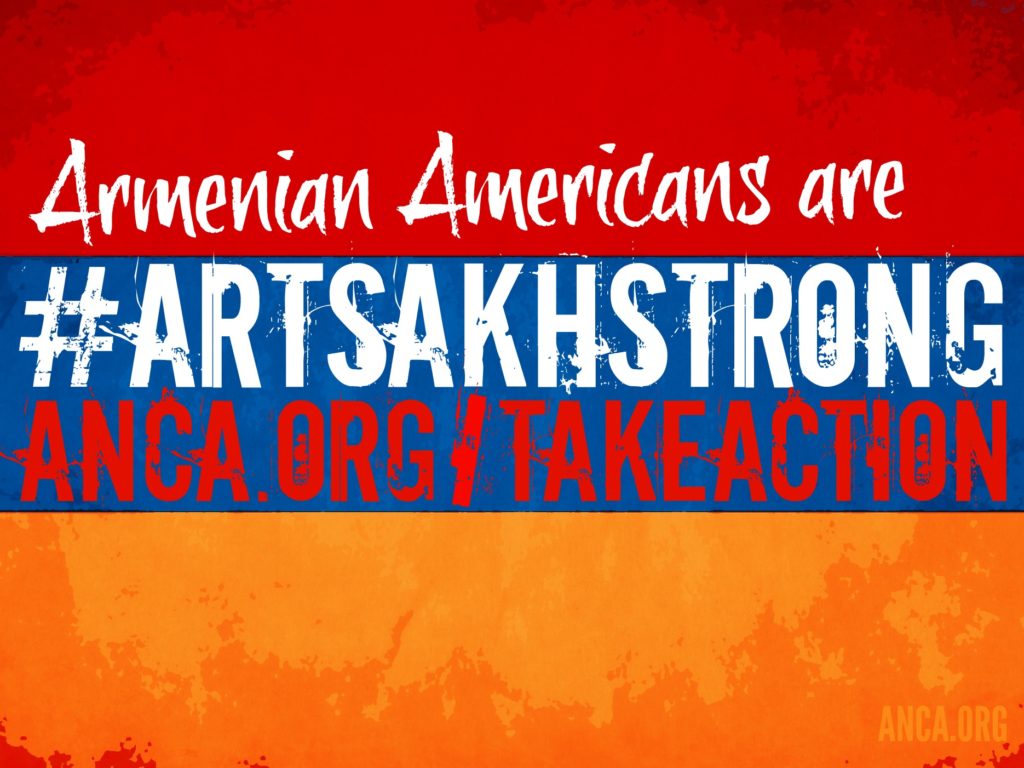 The U.S. Senate and House of Representatives have returned from the August recess and are set to begin consideration of two key Armenian National Committee of America (ANCA)-backed pro-Armenia and Artsakh measures dealing with expanded U.S. assistance to the region and efforts to ensure Artsakh security.

First, the Senate Appropriations Committee will be voting on the Fiscal Year 2020 foreign aid bill, a far-ranging multi-billion measure that touches on a number of ANCA policy priorities.  Prior to the August recess, the U.S. House had adopted two ANCA-backed amendments that we are encouraging Senators to include in their version of the foreign aid bill. The first, the Speier Amendment, allocates an additional $40 million in democracy development assistance, while the second, the Cox Amendment, appropriated continued funding for de-mining and other humanitarian programs in Artsakh.

Meanwhile, key leaders of the U.S. House and Senate Armed Services Committees will be meeting to serve on a “conference committee” responsible with reconciling the House and Senate versions of a major defense authorization bill – known as the National Defense Authorization Act (NDAA).  During negotiations, legislators are encouraged to ensure that two vital pro-Artsakh amendments – the Sherman and Chu Amendments – are included in the final version of this legislation that is sent to the White House for the President’s signature.

The Sherman Amendment — offered by Representatives Brad Sherman (D-CA) with the support of Congressional Armenian Caucus Co-Chairs Jackie Speier (D-CA) and Frank Pallone (D-NJ) and Vice-Chair Adam Schiff (D-CA) — prohibits funds from being used to transfer defense articles or services to Azerbaijan unless the President certifies to Congress that the articles or services do not threaten civil aviation.

This amendment was necessitated by the public assertion, reported by Radio Free Europe in March of 2011, by Arif Mamadov, the Director of Azerbaijan’s Civil Aviation Administration, that the Azerbaijani government had warned the International Civil Aviation Organization (ICAO) that “the law on aviation envisages the physical destruction of airplanes landing in that territory,” specifically referencing flights to Nagorno Karabakh.

As a result of this threat – which has never been withdrawn – the civilian airport in Stepanakert, Nagorno Karabakh has been closed ever since. The U.S. House adopted the amendment on July 11, 2019, by a vote of 234 to 195.

The Chu Amendment — offered by Representative Judy Chu (D-CA) with the support of Representatives Pallone and Schiff — supports measures to continue the cease-fire in Artsakh, including the non-deployment of snipers, heavy arms, and new weaponry, the deployment of gunfire locator systems, and an increase in OSCE observers along the line-of-contact.

The three specific proposals advanced as part of the Chu Amendment are consistent with the Royce-Engel peace proposal, first put forward in October of 2015 by the bipartisan leadership of the House Foreign Affairs Committee in a letter to the Department of State signed by 85 U.S. Representatives. They enjoy broad-based Congressional support and are endorsed, in principle by the State Department, the OSCE Minsk Group, Armenia and Nagorno Karabakh, but – not yet – by Azerbaijan. The U.S. House adopted the measure “en bloc” with other amendments by voice vote on July 11, 2019.