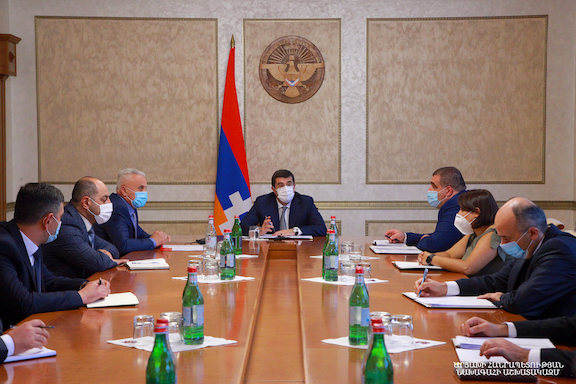 Two Lebanese Armenian families have settled in Artsakk, according to Artsakh president’s chief adviser, Ambassador at Large Rudik Hyusnunts who briefed a meeting of a state body convened to address assistance programs to Lebanon’s Armenian community.

“All conditions have been created for their accommodation,” Hyusnunys told the meeting, which was chaired by Artsakh President Arayik Harutyunyan.

According to him, in addition to the 25 million dram assistance provided from the state budget reserve fund, more than 17 million drams have been collected for the reserve account of the Government of Artsakh, and various initiatives are being implemented to increase it.

President Harutyunyan stressed that although it is extremely important to preserve the integrity of the Armenian community in Lebanon, to which the Artsakh government contributes to the best of its ability, Artsakh is ready to welcome and provide housing to all our compatriots who wish to move.

The President said jobs and other social guarantees will also be ensured.

President Harutynyan announced last week that his government would provide 25 million drams (about $51,000) to the Armenian community of Lebanon from its reserve funds. Earlier this month Artsakh sent humanitarian aid to Lebanon.