A warrior with a cause: In memory of Vartkes Dolabjian 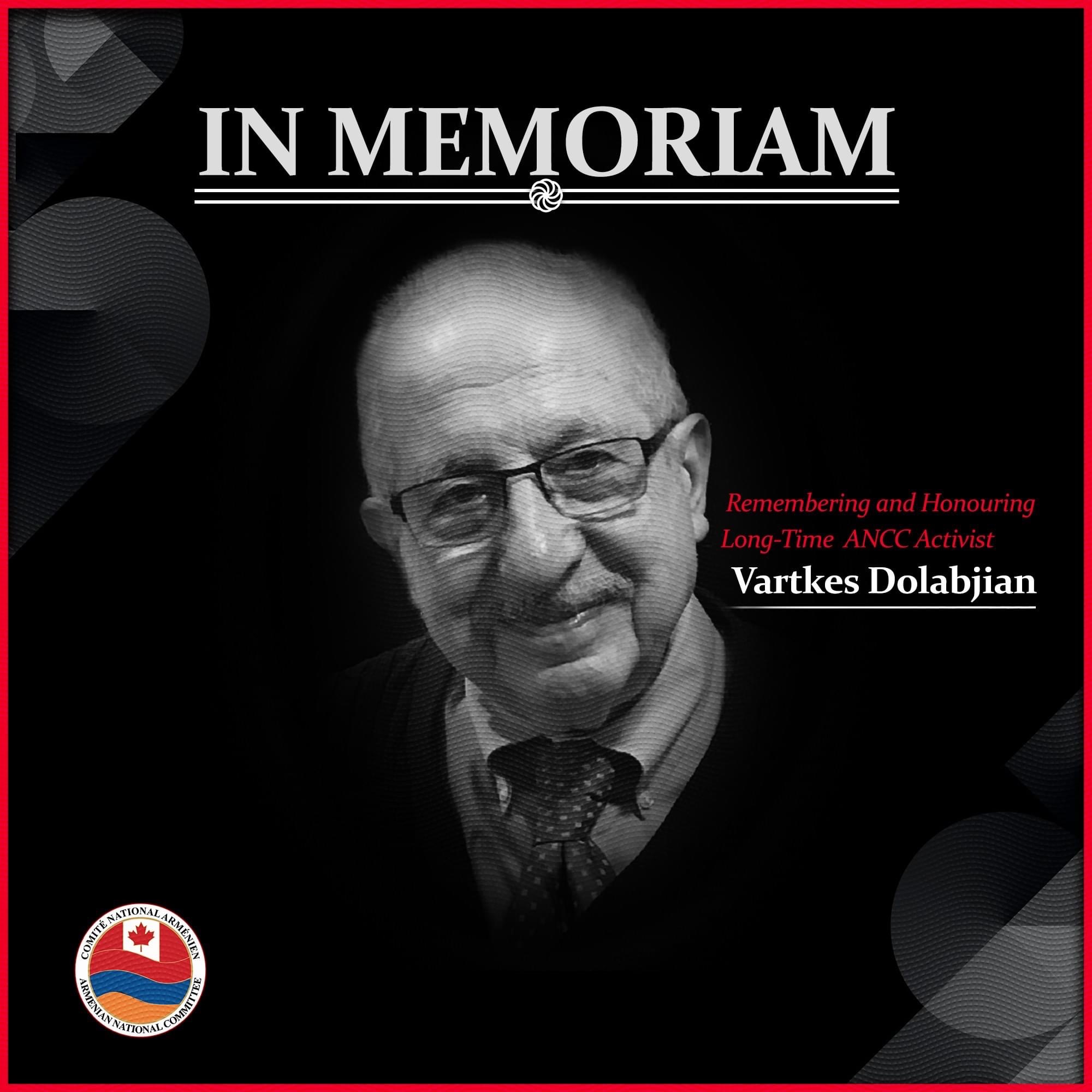 This Eulogy was read by Armenian National Committee of Canada co-chairman Hrag Darakjian.

The ANC network in Canada and around the world is enriched by its supporters who are fully committed to its mission.

It is our army of volunteers and tireless supporters who have anchored our decades-long work on such solid foundations that gives us the ability today to confidently represent and defend the collective interests of our people in Canada and abroad.

These dedicated volunteers often act in silence and expect no reward or praise for their efforts. They act with conviction that the only way to our salvation is to use our collective strength and not deviate from our principles that we hold so near and dear.

Mr. Vartkes Dolabjian was such a person. He was the perfect embodiment of a dedicated volunteer who spared no effort to serve his nation and its centuries-old cause to the best of his ability.

Beginning in the 1980s and beyond, Vartkes Dolabjian made significant contributions to  Canada’s recognition of the Armenian Genocide and to the important work of educating and politicizing Canadian-Armenian youth. With his high education and language skills, Mr. Dolabjian worked diligently to prepare a variety of academic and documentary materials, which later became very useful in raising awareness about the Armenian Genocide. In this context, he consistently contributed to the “La Cause Armenienne” periodical published by the Armenian National Committee of Canada.

In addition to all this, it is also worth mentioning Mr. Dolabjian’s extensive work in educating Armenian-Canadian youth. During his tenure, he established an internship program that helped many young Armenian-Canadians learn about our history and our cause.

It is with such memories that today we convey our last words of farewell to this devotee and son of the Armenian nation, who throughout his entire life served his nation and community with complete devotion and humility.

On behalf of the Armenian National Committee of Canada, I come to express our deepest condolences to the Dolabjian family and to all his loved ones, as well as to all friends and relatives . May he rest in peace.