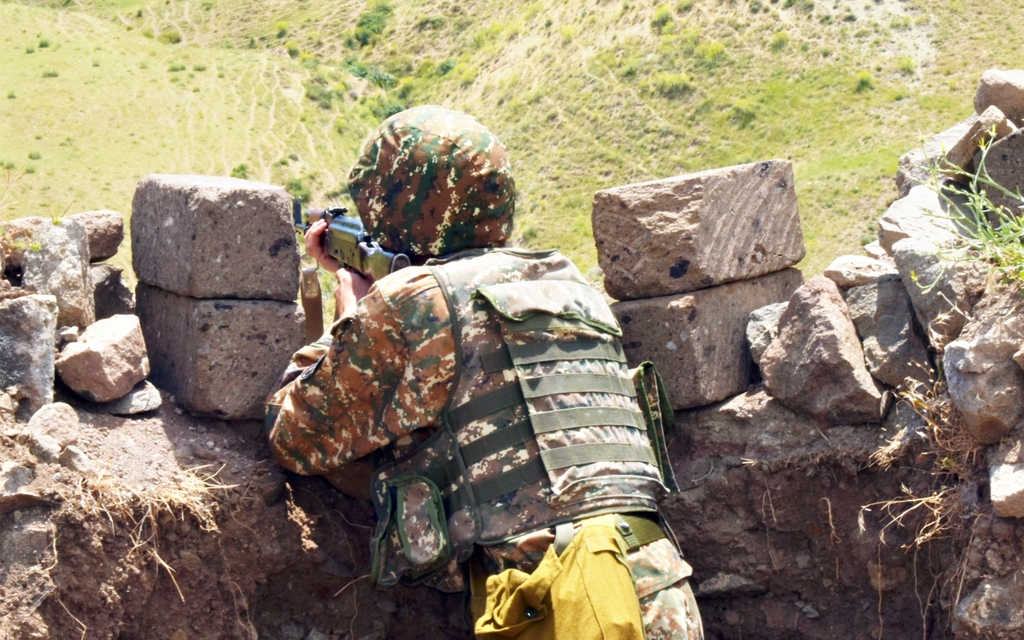 Speaking about the Azerbaijani military tactic of attempting to advance using sabotage teams, the Lt. Colonel said: “It’s difficult for them to advance in the open front, for several days we saw how they wanted to breach into Martuni in the direction of Fizuli, they failed, and they don’t want to go for a direct clash, that’s why they are taking sabotage actions by trying to bypass and advance with small groups. This contains both political PR and military significance. The military one aims to spread panic and cut the communication line, while the political one – Aliyev seeks to put a flag on another settlement for his PR.”