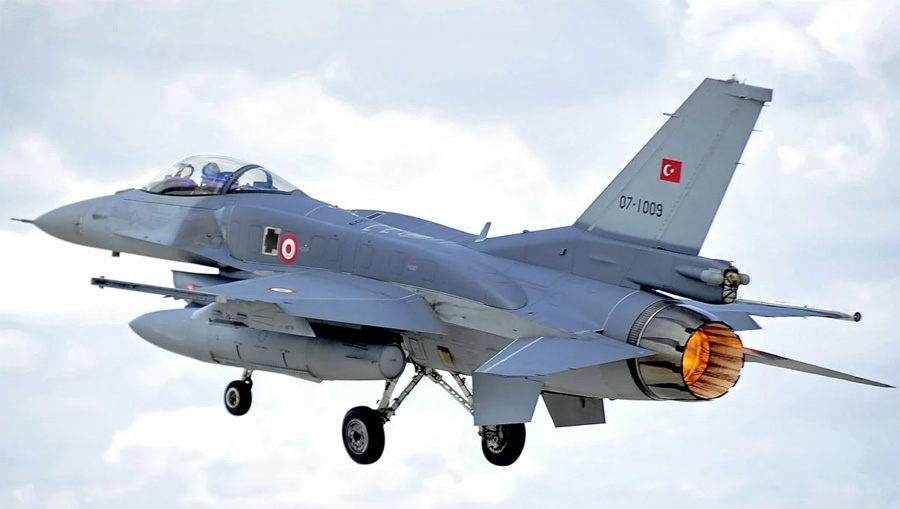 Turkey is supporting Azerbaijan in its attack on Artsakh with its F-16 fighter jets, Armenian President Armen Sarkissian said.

President Armen Sarkissian was delivering opening remarks at the CYBERSEC2020 international cybersecurity conference which is taking place in partnership with NATO.

“Armenia is facing cyber threat every day and not only from our neighbor Azerbaijan, but also from Turkey, which is NATO member. Unfortunately, this virtual threat is becoming more and more material one. Probably you’ve heard that there’s a conflict on the borders of Nagorno Karabakh started by Azerbaijan on Sunday. Unfortunately I have to declare that NATO member Turkey is fully supporting now Azerbaijan through its electronic drones – through cyber-attacks. But it’s not only that. Turkey is supporting Azerbaijan also through their personnel, advisers, mercenaries and also with their F-16s. For every Armenian living worldwide that’s sort of a return of the ghost. Why I say ghost, because that’s the ghost of the Ottoman Empire, that 105 years ago masterminded the Armenian Genocide. There’s no way that we can allow that this genocide happen again,” Sarkissian said in part in the remarks.

In the early morning of September 27, the Azerbaijani military launched a massive attack on Artsakh using air force, missiles and tanks.  The Azerbaijani artillery strikes targeted civilian settlements, including Stepanakert city, which resulted in several civilians being killed. Schools were also bombed. A mother and her child were killed in Martuni, Artsakh. Many other civilians were wounded. The battles continue.