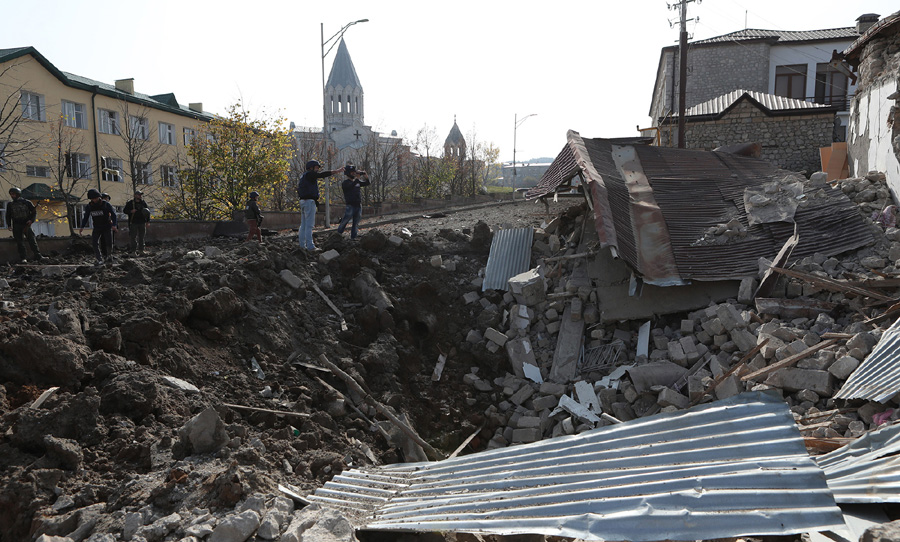 Three rescuers of the Shushi regional department of the State Emergency Service of the Republic of Artsakh were injured during a humanitarian mission after a rocket attack on the city, Public Radio of Armenia reports.

One civilian was killed, two others were wounded as Azerbaijan fired from Smerch multiple rocket system.

Artsakh’s capital Stepanaket also came under shelling. Residential areas of the city, civilian infrastructure, including the maternity hospital of Stepanakert were attacked.